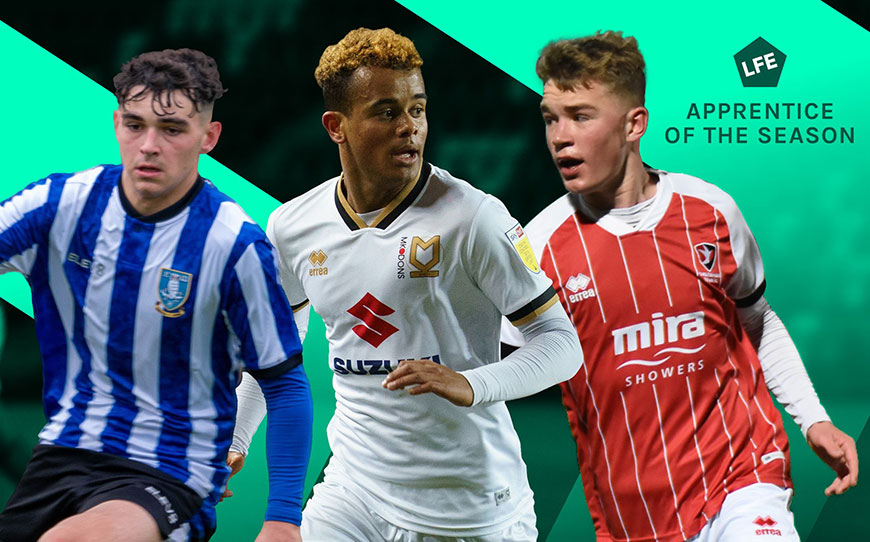 The shortlists have been revealed ahead of the eagerly anticipated 2021 EFL Awards, with several LFE apprentices past and present receiving recognition.

The 2021 EFL Awards, which will take place on Thursday 29 April and is being broadcast live from 7:30pm on Sky Sports Football, celebrates the continued efforts and achievements of clubs, players and individuals during what has been an incredibly challenging season for everyone.

Three divisional winners have been named as LFE Apprentices of the Season, which recognises the outstanding young professionals at EFL Clubs who excel both on and off the pitch.

Elsewhere, ex-Northampton Town apprentice Ivan Toney is in the running for the prestigious Sky Bet Championship Player of the Season crown, following an incredible debut season with Brentford, which has seen him lead the league with 29 goals.

His replacement at former club Peterborough United, Jonson Clarke-Harris, is on the League One shortlist. The Coventry City academy graduate has enjoyed by far the most prolific season in front of goal of his career, steering Posh to the brink of automatic promotion after hitting the back of the net 29 times in the third tier.

Meanwhile, former Middlesbrough youngster Charlie Wyke joins him in contention for the award, having netted 25 league goals for third-placed Sunderland.

EA Sports Young Player of the Season is another award up for grabs, with 25% of the overall result coming via an online vote. Max Aarons has the opportunity to repeat his 2019 success, with the highly-rated full-back being named as one of three nominees after contributing to another promotion campaign with Norwich City.

In addition, two ex-apprentices are in the mix to pick up the PFA Player in the Community award, with Will Vaulks (formerly of Tranmere Rovers) and Matty Dolan (formerly of Middlesbrough) both on the shortlist.