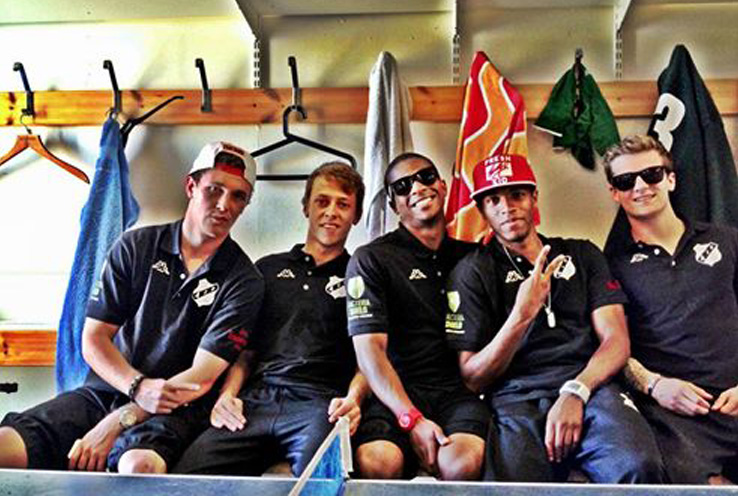 After a lovely four month break in England, where I got chance to relax and see friends and family, I returned to Sweden on the 1st of February to start a new season with Ange.

The sixteen hour journey from my house to my apartment door in Ange wasn’t something I was looking forward to but the journey was made more pleasant as I travelled from Manchester airport with Lloyd, the goal keeper from last year. He was one of our best players last season and I’m happy he has decided to sign for the forth coming season.

We were greeted by temperatures of minus ten degrees and below, and amounts of snow I’d never seen before. To say I was shocked is an understatement. However as time has gone on, I’ve started to see the beautiful effect snow has on the Swedish landscape. While I’ve been back I’ve also been lucky enough to experience snowmobiling and snowboarding for the first time, things I wouldn’t have otherwise had the opportunity to try.

After a two and a half month pre-season, we started two weeks ago at home to Salaker IF. We had an up and down pre-season but we put that all behind us with a 5-0 win which gave us all a lift. As we travelled to Junsele IF for our first away game of the season, we hoped we could continue our form and get another good result. Fortunately we won the game 4-1 but it was a much tougher game than the score line suggests. They were a good attacking team and put us under a lot of pressure in the first half, but in the second half we got two quick goals in succession and the game looked to be ours.

The addition of three new LFE players on placement – Kraig, Sam and Brad – have really improved the strength of the squad. They arrived in Sweden on the 1st of April, have settled in and have quickly become a fundamental part of the team.

This coming weekend we have a big game against Kramfors Alliance, who have also won their first two opening games. We know it will be a tough game but hopefully we can get the right result and three points… wish us luck!