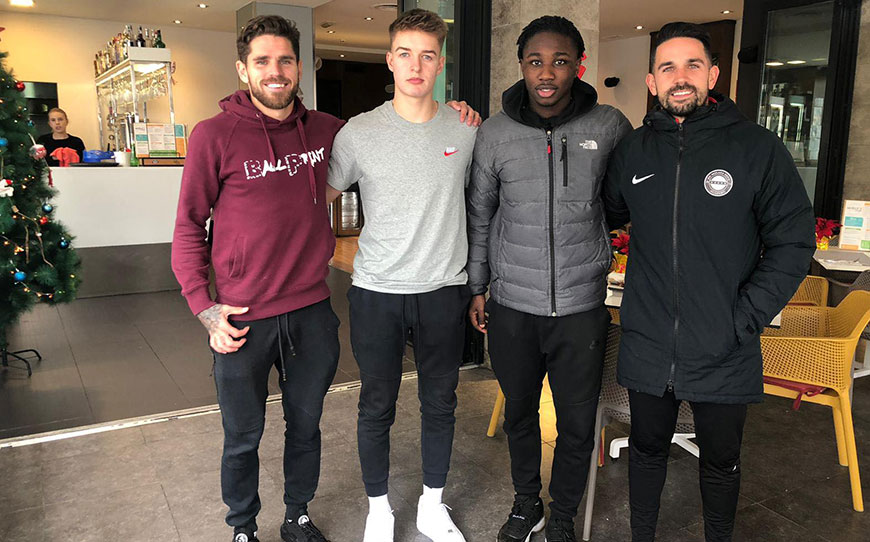 Former apprentices Delsin Ackom and Jack Leask have jetted off to Spain as part of LFE’s Player Placement programme, with the teenage pair joining fifth tier club CD Almuñecar City for the next 12 weeks.

Both players arrived in the Granada province at the weekend and have already started training with the squad as the group return from their winter break this week.

Ackom was an apprentice at Milton Keynes Dons and has experience of playing in the country, having participated in LFE’s Erasmus+ pre-season trip ahead of the 2018-19 season.

Almuñecar Head Coach George Jermy said: “We’re really happy to the secure the signing of Delsin, who joins us with nothing but positive recommendations from our partners LFE.

“To be offered a scholarship by MK Dons is a massive achievement and is a real testament to his quality, which we hope can benefit the team as we push for promotion this season.”

Meanwhile, Leask is a Shrewsbury Town Academy product, for whom he featured on the first-team bench in the EFL Trophy at Port Vale in January 2019.

Jermy continued: “The winter break has been a useful period for us to sit down and analyse the squad and we think that Jack possesses the characteristics to add to our core group.

We’re really grateful to be linked with LFE so that we get access to players like Jack; he’s a player of real quality and hopefully he has success in making the step up to senior football with us.”

Project coordinator Kelly Butterworth added: “Having established successful partnerships with several clubs in Sweden for over a decade, LFE is delighted to be able to offer the placement opportunity in Spain to provide another country and culture for released apprentices to experience.

“Almuñecar is an ambitious and well-rounded club who are seeking a third successive promotion and have been gathering around 650-700 supporters for home games, so it should offer a good platform for Delsin and Jack to continue their playing careers.

“The opportunity also allows the players to develop off the pitch, gaining life skills, learning a new language and immersing themselves in the day-to-day life of a new culture.” 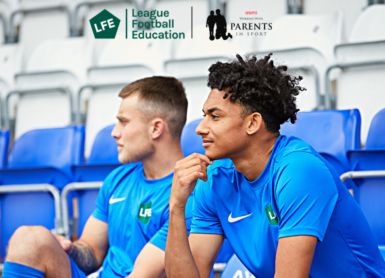