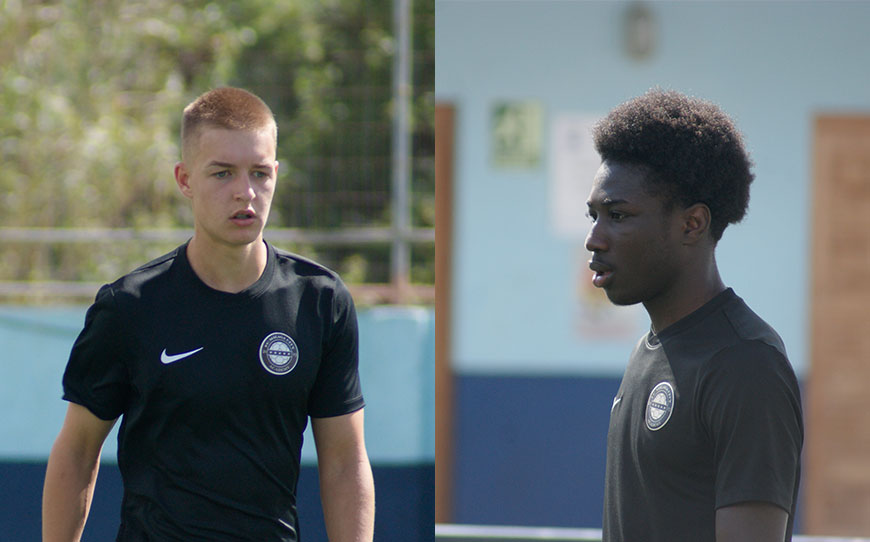 The pair were able to test themselves on the pitch in a new environment, while also developing off the pitch, gaining life skills, learning a new language and immersing themselves in the day-to-day life of a new culture.

First-team captain and Head of Recruitment Sean Morris told LFE: “We have an academy with players that range from 14 to 19-years-old. We use that as a platform to build into our senior projects. We then have two Under-23 teams and a Senior squad which play in the Spanish League structure.

“Players who come here are in a beautiful area of the world and they come into an environment that’s designed to be as professional as possible to prepare them for a full-time career in the game.

“We have people from over 30 countries in this club, ranging from European countries like France, Norway and Denmark, to African nations like Zimbabwe, Ghana and South Africa, and even a handful of players from Australia.

“With so many different personalities from various backgrounds, they all bring their piece to the puzzle. We’ve had guys go out and visit each other in their respective home countries, so it’s a project that creates many different experiences that go beyond just playing football.

“Ultimately, this whole project is designed for the players who come here. All we ask is that they are ready to work and willing to integrate with the team, the culture and the community. That’s when a lot of really great things can happen.”

Coming back to full-time football has been a great experience and the set-up has been amazing.

You have your own room and the accommodation provides breakfast. For lunch and dinner, you’re with the boys at the club’s restaurant, so you integrate with them really quickly while having good quality meals.

We train almost every day and you’ve also got a lot of free time to relax, do gym work, enjoy the scenery and travel. The weekly money allowance helps you to explore the city and you can also use it to eat elsewhere if you’re not a fan of what’s been provided by the restaurant.

Everyone comes from different cultures and backgrounds and I’ve learned a lot from watching the different playing styles that they have. It also makes you appreciate where you come from because some of the players are from deprived areas, so it just highlights that you can’t take this opportunity for granted.

The Academy team provide plenty of opportunities to play some of the big clubs and then the first team play some strong teams as well. I played 90 minutes against Salar CF, who were top of the league and we drew 1-1, so that was a great experience. Knowing that the manager has trust in me to
start and play a full game is a real confidence boost after being released last summer.

It is a great opportunity to come out here. It’s got me back into enjoying football and appreciating aspects of life that I was probably taking for granted. I’ve become more independent and the different coaching methods have brought new aspects to my game, so I feel like I’ve really improved as a player and a person.

It’s been a great experience, one that I’ll probably never forget.

Living out here on your own and not being with your family, it’s the first time I’ve done that, so it’s been a big challenge, but it’s been a great one to experience.

Being more independent has definitely changed who I am as a person – I’m not relying on other people as much as I did.

I’m more conscious of looking after myself and making sure I eat the right food, drink enough water and just generally making sure I’m prepared properly for training and games.

Coming out here, you’re getting a whole new experience of a different country, so it’s important to be open to the different aspects of the country to get a full experience.

I’ve been to watch a couple of La Liga games, I’ve been across Malaga and visited Granada to have a look around and I’ve also slowly picked up some of the language during the weekly lessons.

Playing against La Liga clubs for the Under-19s, such as Sevilla, Granada and Barcelona, has been a real highlight. To be able to experience playing against top teams in Spain is a unique opportunity.

I wasn’t sure whether I’d manage to handle being away for an extended period because three months does sound like a long time, but it goes very quickly. I’d definitely recommend it to anyone; it’s a great experience and I can’t fault it.