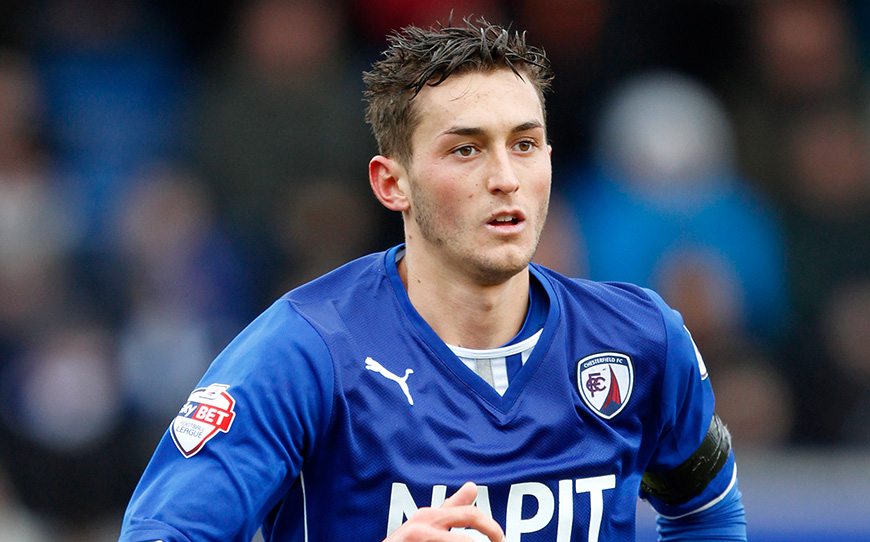 Chesterfield’s Ollie Banks is savouring every day of being a professional footballer, again! The 21-year-old who was the Football League’s Young Player of the Month in November started his career at hometown club Rotherham as an apprentice in 2009.

He earned his first professional deal two years later but was released in the summer of 2012 and started the current campaign turning out for FC United of Manchester in the seventh tier of English football.
That’s not all. Despite FC’s relative financial might at that level, his earnings from part-time football by no means paid the bills and he worked as a kitchen fitter to supplement his earnings.

And after joining the Spireites in September and scoring 5 goals in his first 14 appearances, Banks admits that he is being spurred on by the realities that lie in wait should he not succeed at The Proact Stadium.

“I was fitting kitchens with a guy who lived near me so every time I go out on to the pitch I’m playing to keep that shirt,” the midfielder told BBC Sport.

“I’d start work at 7.30am and then rush home and get changed in the car and turn up to the ground late. It became the norm but it was shattering. The experience of working 12-hour days and then going to play football gives you that motivation to get back to this level. It makes you appreciate things more.”

His journey back to full-time football has been far from plain sailing though. A young player on a mission to get games under his belt, his journey took him to four clubs in three different leagues last term. After leaving Rotherham he joined Conference North side Gainsborough Trinity on a short-term deal and from there it was on to Scarborough, North Ferriby and finally FC United.

“I didn’t really get an opportunity to play much until I joined FC United in March,” Banks said.

“That was the first place I got a run of games. I’m not sure why I never got a chance elsewhere because I thought I did well when I played and scored some goals. Maybe my face didn’t fit.”

I never once lost faith in myself. I knew I would do whatever I could to get back here.

“I find playing in the League now easier than I found that level. I feel comfortable at this standard.”

“There’s a lot of good players outside the Football League and quite a few could do a job higher up,” he added.