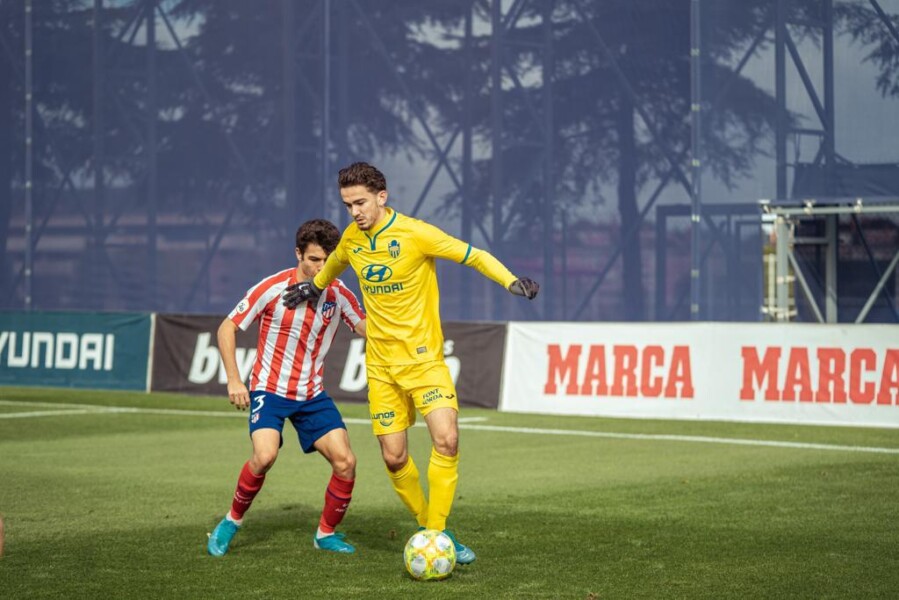 He would watch the way they moved; the way they played with such awareness, elegance, and composure; and take note of the influence the pair had on a Barcelona side that, at the time, were dominating La Liga and striking fear into Champions League opposition. But little did he know that a decade on, he too would be strutting his stuff in the top tier of Spanish football.

“I grew up watching La Liga games, particularly Barcelona, and I had always said growing up that Spain could be an option, which is why I jumped at the chance when the opportunity came up. Of course, I never knew that it would actually happen as soon as it did,” he says.

Speaking from his apartment in Vigo, Holsgrove has got his feet up after a morning training session with Celta Vigo B and is catching up with LFE to reminisce on his fascinating football journey to date. Since making the difficult decision to depart the club he had represented since the age of 7 three years ago, the midfielder has been plying his trade in Spain, initially on loan with Segunda División B side Club Deportivo Atlético Baleares and now permanently with Celta Vigo.

Although his career has taken him out of his homeland, his deep affection for the game was formed in England, emanating from his family’s footballing roots which run through two generations. His father Paul, uncle Lee and grandfather John all forged professional careers in the game, with the latter making over 300 appearances in English football. There was never any pressure, though, Jordan says.

“My dad or family never forced me into anything,” he explains, “it was all my decision and what I wanted to do. If I wanted to do something else, they would have supported me with that. But there was always the other side to it, where if I said that I wanted to be a footballer they would push me as much as they possibly could to help me make that a reality. In the end, that was the route that I chose.”

As Holsgrove advanced through the age groups at The Royals, the feat of keeping the family tradition going was starting to seem more realistic, and when apprenticeship terms were offered, his mentality switched.

“You play with so much freedom as a kid,” Holsgrove says, reeling his mind back. “I remember looking up to Jem Karacen, who had come through the system at Reading. My dad pointed him out and would always say ‘he is a good player; you should watch him’.

“There are no worries during those years, you are just doing what you love, learning the game. Then when you get to the Under-18s, it turns into a job, your outlook changes. There is something on the line when you get to that stage.

“Looking back, those years as an apprentice were the start of the best years of my life because it really kicked on and started to feel more real.”

It was during that time that Holsgrove and his teammates were invited onto an LFE trip to Barcelona and subsequently where he would get his first taste of Spanish football. The two-week trip gave the youngsters the chance to play against some of the country’s top academies, as well as experience a new culture.

Less than three years later, after penning his first professional contract with Reading, Holsgrove was offered the unique opportunity to join Spanish side Atlético Baleares on loan.

“We played a game in Spain against Sevilla and coincidentally Atlético Baleares’ sporting director was at the game. I was originally invited out there to train because the manager hadn’t seen me. I don’t think a lot of lads would do that because there was no guarantee that they would want me, but I trained out there anyway and after two days I had signed.”

After firmly establishing himself in the side and helping the club push for promotion, the then 19-year-old was thriving on the pitch, despite having to adapt to the ‘surprising’ style of play and struggling to settle into a new environment.

“I was flying on the pitch which was the main reason why I went out there, but It took a while to get used to,” he admits. “I didn’t think about it when I agreed to it, I was just like ‘yeah let’s go’.

“People have this perception of Spanish football: slow, technical, attractive. But I quickly found out that it wasn’t like that. Keepers were kicking it long and it was in the air for most of the game; lots of battles and second balls. It was a wakeup call for me because I didn’t expect it to be like that.

“I had also never lived away from home because I was fortunate enough to commute to Reading. So, I didn’t just have to be away from home, I had to settle into a new country, meet new people and cope with a huge language barrier. The cultural change was massive as well, things like afternoon naps and late eating.

“The whole of that season I found it difficult in terms of lifestyle. It is ten times easier now because I have grown used to being alone and being away from family and friends.”

The Covid-19 pandemic drew his season to a premature end, which was a big blow to Baleares’ hopes of achieving promotion through the play-offs. On his return to England, Holsgrove used lockdown to learn Spanish – a skill that he deemed essential if he was to ever return, after struggling to communicate with his manager and teammates.

“I assumed people out here would be able to speak English, but my manager and the majority of the players at Baleares couldn’t understand me. It was a real eye-opener and I knew straight away that I needed to crack on and learn the language because that was the only way I would get by.

“I came back to England when lockdown happened and that gave me the perfect time to learn. I downloaded the Duolingo app on my phone and practiced every day. I knew there was a chance that I might be going back out to Spain, but even if I didn’t, I knew that it was a really good life skill to have. By the end of quarantine, I had pretty much picked up everything, and within a month back in Spain, I was able to communicate pretty well.

During the learning process, Holsgrove found a lot out about himself.

“Everyone learns a language in different ways. I have a good understanding of the way I learn new things now. It was a really good way to discover what works for me. I know now that it is about using the language, accepting that you are going to mess up and make mistakes, and then learning from those mistakes.

“I found that the people, not just your teammates but everyone in the local community, appreciate the fact that you have taken the time to learn their language and you are trying to use it. I know a lot of players that have come over here and not attempted to learn the language, but if you want to commit to the opportunity, make new friends and connect with the fans, you need to be able to speak Spanish.

“I viewed it as a life skill and something that will benefit me further down the line. You never know what could come from having this skill. It isn’t just about the now, it’s about what is beyond football.”

One of the proudest moments of his career arrived in January last year when he made his competitive debut for The Sky Blues, during which he scored a stunning volley from the edge of the area. However, while it was a huge achievement, it was also a moment that shone a light on his struggles.

“It was a really strange time for me. All of the games were being played behind closed doors. I had just made my debut and yet I stood there for a moment and thought: ‘I’m completely on my own. There was nobody to share or celebrate that achievement with and I would say that was when the toughest moment hit me. I was at the peak of my career and there was nobody to celebrate or say, ‘well done, Jordan’, but at the same time I was really proud and I am just keen to kick on from that.

“I have learned so much from being out here. I know that I am capable of overcoming anything. I can speak a new language, I spend a lot of time in the gym, make better use of my spare time, and have my eyes on launching an app.”

Now nearing the end of his two-year contract with Celta Vigo, the 22-year-old is looking forward to whatever lies ahead, whether that be in Spain, England, or elsewhere, and is equipped with some valuable life skills that will help him overcome whatever future challenges come his way. 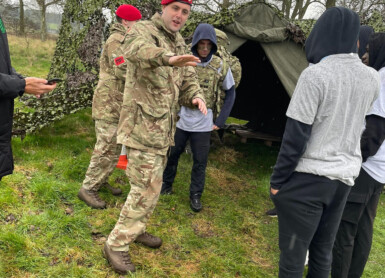 Stoke City Under-18s were put through their paces during last week’s visit to Parsons Barracks in Donnington, Telford, where the..