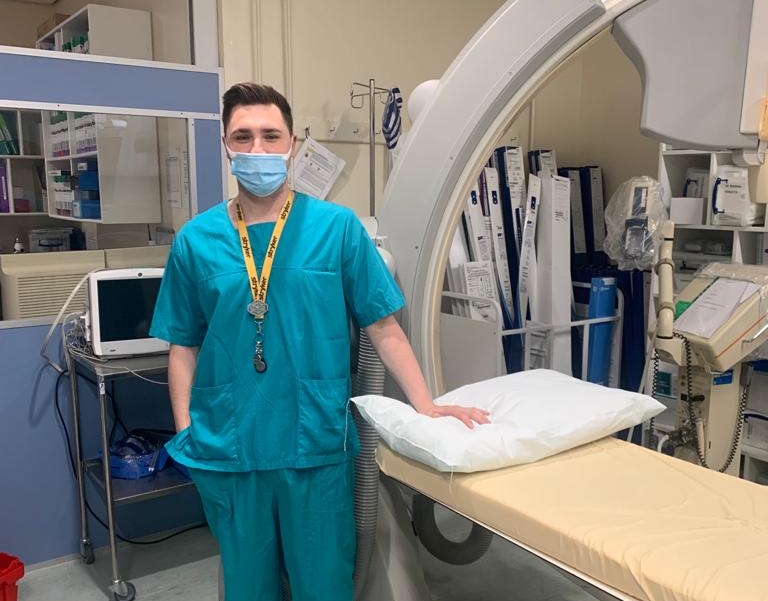 The Premier League has been growing exponentially since Nick Barmby hung his boots up in 2012, but the former England winger remains one of very few players to score for six different top-flight clubs, and it is those prolific goalscoring instincts that bring twinges of nostalgia to any English football enthusiast.

Some of that magic rubbed off on his two sons too, Jack and George, the latter of which has taken a break from his busy work schedule to speak to LFE.

Growing up, George’s world revolved around football. His weekend routine kicked off on a Saturday afternoon, where he and his family would cheer on his dad, Nick, who at the time played for their hometown club, Hull City. When his father played away, George would be on the sidelines at Carrington Training Ground, watching his older brother, Jack, play for Manchester United’s illustrious Academy.

His family’s commitment and devotion to the game of football was inspiring and at the age of 13, determined to make his own mark on the game, George signed for Derby County’s Under-14s, after impressing for his county team. Two years later, he moved back closer to home to sign apprenticeship terms at Scunthorpe United.

“Football was all we ever knew,” George says. “I had watched my dad do it for so many years and then saw Jack turn professional, it was almost as if I was supposed to go down that route as well.

“Signing for Scunthorpe was the start of my own journey; it was meant to be where I kicked on, and for the first year and a half, it was going really well. I scored a lot of goals, got myself in good shape and was enjoying myself. There were conversations around future contracts because of how well I was doing.”

George is speaking from the Intervention Radiology department at Spire Hull and East Riding Hospital, where he is employed as a Pain Management Practitioner. He is responsible for ensuring patients are comfortable post-operation and uses his specialist knowledge to classify the level of pain a patient is in so that he can prescribe the necessary medication. His role is busy, high pressured, and requires constant dialogue with surgeons, doctors and specialists.

It is a different path to the one he set out on, but he has never been happier.

“It has been a rollercoaster of a journey since I came away from football. I never for one second thought I’d be doing this now,” the 22-year-old explains. “My heart was set on becoming a professional footballer, but I wouldn’t have it any other way. I love what I do. It is difficult to explain just how much satisfaction I get from it. I get up every morning with a smile on my face and I am excited to get into work.”

George’s footballing career was derailed when an operation on a broken ankle proved unsuccessful, and what was originally viewed as a straightforward injury turned into one that would ultimately end his career. That was difficult to digest at the age of 17, George says.

“When I felt the crack, I knew straight away that I had done something bad,” he says. “An X-ray revealed that I had broken my ankle, which at the time was a major setback. But it was a case of six weeks in a cast and then I would be back out there.

“12 weeks after having the operation it was my first game back and I was in unbelievable pain. I went to see a second consultant and he told me that the screw had been put in the wrong place and I would need a major operation to correct it. That second operation meant it would be unlikely for me to ever return.

“Hearing that was when it all came flooding down. I was completely lost. I started to think ‘wow, it is over already’ and I hadn’t paid too much attention to my academic studies because I was young and naïve. That is actually a regret of mine, not doing better in school, but like everyone, you have the belief that you are going to become a professional.”

Through the difficult days and months that followed, George surrounded himself with his ‘rocks’: his dad and his mum, Mandy, and his fiancé, Maria, who he is moving into his first home with next month.

Despite the dispiriting news, he worked industriously through his rehabilitation programme and the discomfort that came with it, preferring to focus on the slim chance of reigniting his career.

“I was in denial, thinking I could still play,” he admits. “I didn’t want to take that next step because there was a lot of fear there. Jack was in America at the time and he was thriving. He would always tell me how much he loved it. So, when I finished at Scunthorpe, I accepted a USA Scholarship.

“I got a distinction in my BTEC Diploma, which gave me the UCAS points required to go over there. I agreed to do media and healthcare, and the good thing about American university is that you can do both and then after a year choose which one you prefer.

“I would absolutely encourage people to do it, it’s an unbelievable experience. But I knew within a week I had made a mistake. I am a home bird and I missed my family and friends.“

George’s plan to stay out there for 12 months was thrown into disarray when the university’s physio noticed a lump on his head.

“I went in one morning and the physio asked if I had bumped my head,” he recalls. “He noticed that I had a cyst and booked me in to get it removed that same afternoon. I did some tests and within 48 hours I received a phone call from a doctor and was told that I had something called Leiomyosarcoma, which is a muscle cancer. That was a really low time for me and there were some dark days.

“I returned to England and fortunately an operation to remove the tumour was successful, but that was a really scary moment in my life and turned out to be pretty defining because it was when I decided to leave football behind and pursue something that I loved.”

The career-ending injury and health scare could have been enough for Barmby to eschew hospitals altogether, but it had the reverse effect. For both of his ankle operations, he chose to stay awake, intrigued by the procedures, the unity, the knowledge and professionalism of each team member, and the unique atmosphere within the theatre room.

“When I went in for my first operation, I was apprehensive about having an anaesthetic, so I asked whether I could be awake,” he explains. “They did what we call a block, which made sure I couldn’t feel anything in my foot, and they did the operation with me wide awake.

“Then, again, during the big one, I chose to be conscious. They gave me an epidural, which numbs everything from the waist down. Not being able to move your legs is the weirdest feeling in the world, but I watched everything, I took it all in.

“Fortunately, I knew someone at the local hospital where I live and I asked whether there was a job going, and there was. I had just turned 18 and walking into the operating theatre on day one was petrifying. I didn’t know what to expect, but it was incredible.

“I have made friends for life, from doctors to specialists. I have gained so much knowledge here and coming into this role now, which is a more senior position, I actually teach junior members that are starting out.”

It can be a daunting task discovering a new career path after your football career, but by ‘putting yourself out there and being open to opportunities’ you will find the right path, George believes.

“There is something out there for everybody, I do believe that. Sitting in the changing room at Scunthorpe, I never saw myself here, sitting in front of an ultrasound machine, scanning patients. I never knew that that was my passion.

“There are players that I have played with who are yet to find out what makes them tick, and I suppose I got lucky.

“There will be low points on the journey. I hit one around a year ago where I put on a lot of weight, felt lethargic and wasn’t happy at all. I stopped drinking and haven’t touched a drop for nine months now because I felt that was causing me problems. I don’t want to slip into that complacency, I want to be as healthy and as happy as I can be. I am only 22 but I am settled and happy now and have a lot to look forward to. I am grateful for how it has all turned out.