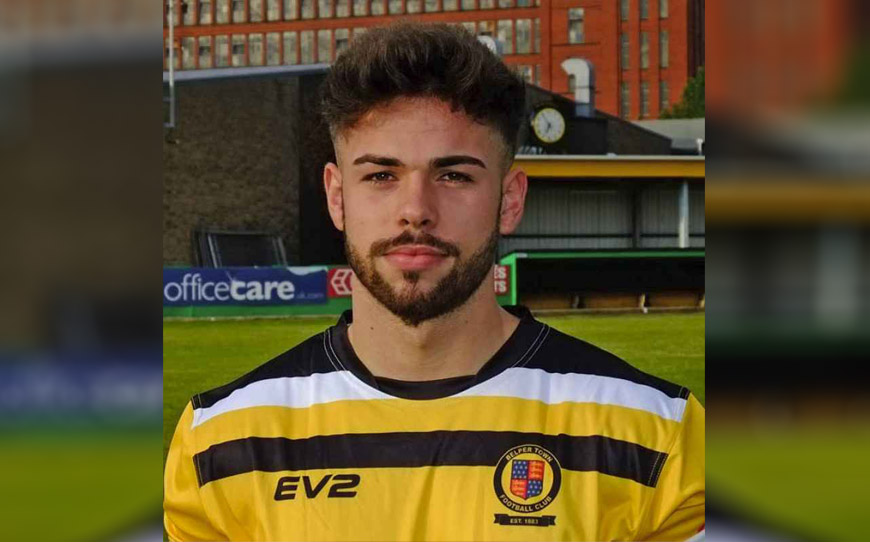 Released by Burton Albion in 2013, after completing two years as an apprentice and one year as a professional, Evan Garnett is proving a handful for defenders in the Evo-Stik First Division South at Belper Town.

Two years after leaving Burton Albion Evan Garnett is showing that he can replicate his goal-scoring exploits at youth and reserve team levels in men’s football.

Garnett hit an impressive 36 goals in 45 appearances during his two year apprenticeship with the Brewers, and while he was unable to make a first-team breakthrough, the 21-year-old hot shot is now proving too hot to handle for defenders in the Evo-Stik First Division South.

Garnett has already hit 13 goals from The Nailers twenty-four league games this term (and scored 19 in total) helping them to a position that is three points outside the play-off zone.

That ratio is better than a goal every two games and the pacey front-man’s form has led to interest from other clubs, most notably Belper’s Derbyshire neighbours Matlock Town who play in the Evo-Stik Premier League.

Belper boss, Charlie Palmer accepts that Garnett’s goal-scoring prowess has made him a target for other clubs and that he may lose the forward at the end of the present season, though for now he is keen to help the 21-year-old reach his potential.

“With Evan, it is about making him realise the talent he has and I am trying to keep him here until the end of the season, then I will sit down and talk to him,” Palmer said. “He is hearing whispers, he is a young lad. He will be influenced by some of the whispers but I am keeping him focused on playing football for Belper Town.”

Evan has been really important since I came to this football club. I know numerous clubs have been interested in him.”

“He, as a young lad, has got to recognise he just needs to keep playing his football and keep scoring goals and opportunities will come about,” he added.