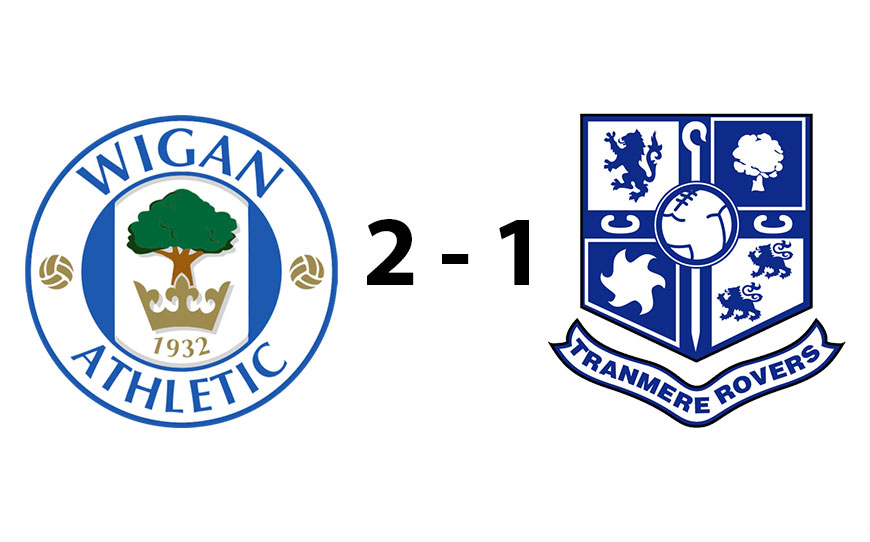 By Oscar Norman: Wigan Athletic Under-18s extended their winning run to seven in succession with a 2-1 victory against Tranmere Rovers to climb to top of the EFL Youth Alliance North West.

Rovers had taken the lead through George Nugent, but Emeka Obi and Charlie Jolley netted late on to complete the comeback and condemn the visitors to just their second defeat of the season.

The game struggled to gain any rhythm early on as neither side creating any clear-cut chances until the away side broke the deadlock after 26 minutes when a poor clearance from Latics keeper Jordan Perrin gifted the ball to Nugent, who capitalised by burying his shot into an empty net.

Joe Downey almost levelled the scores soon after when he created space for a shot at goal following a jinking run from midfield, but his effort lacked the power and placement to restore parity.

Rovers then came close to doubling their advantage shortly before half-time when a drilled cross from the right evaded everyone in the area, including Nugent who came within a whisker of guiding the ball into the net.

Tranmere began the season with five clean sheets in their first six league game, but they were unable to avoid conceding for the fourth match in a row as the home team’s persistence finally paid off with 15 minutes left of the second-half when Obi rose highest to convert Downey’s corner.

The Latics were not content with just a point and they inevitably produced a winner five minutes later through Jolley, who was slipped through by Mwiya Malumo and kept his composure to poke the ball past the Rovers keeper.

Wigan coach Nick Chadwick told LFE: “I thought Tranmere were a good side but the lads stuck at it. They’ve got resilience about them, which they showed by beating Blackpool last week.

“We’ve got good players, they handle the football and they’ve got good character and personality about them when they’re on the pitch.”