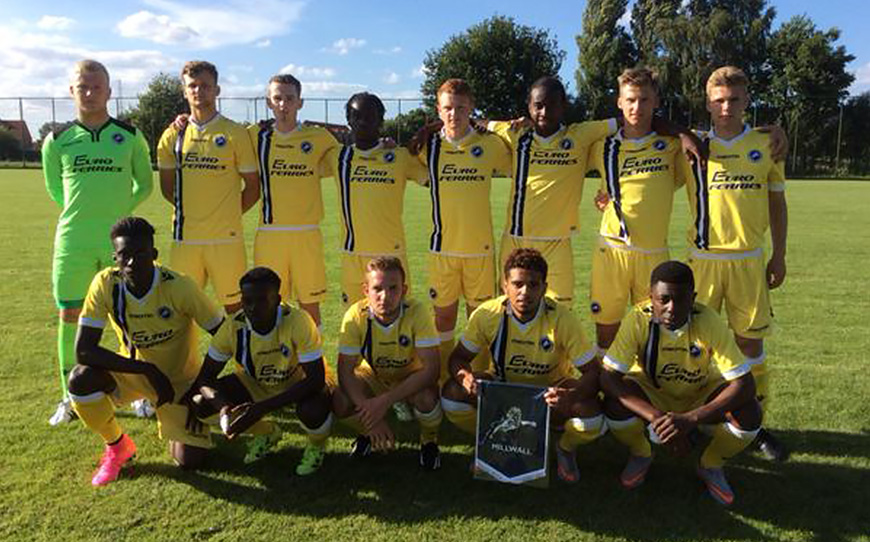 Following our hectic weekend, we started the new week back to some kind of regularity. With our second competitive fixture of the tour taking place the next day, we planned to take Monday quite easy.

After another high quality breakfast, the boys left for training on their bicycles, whilst I remained at the hotel for a heavy gym session. It’s starting to get frustrating not playing and contributing with the lads, but I’m still enjoying my time here!

When the boys came back for lunch you could tell that they had their minds firmly set on tomorrow’s game. I was told it had been a pretty intense session, but obviously nothing too much with the game on the horizon. A lot of us have had a manic week here and it’s starting to show a bit. Some of the lads look pretty tired and some even a bit homesick.

Although, saying that, we were all ready for the game.

The afternoon consisted of a light gym session for us and a recovery session in the pool to get our bodies feeling right for the game ahead. After that and another lovely dinner, we capped off the day with a team and staff FIFA tournament! As there are a lot of participants, we planned a schedule – first round tonight and then the quarters, semis and final later on in the week.

That was very enjoyable and even our Dutch guide Thomas got involved! It was a fun way to end another great day out here.

But minds switched back onto the job in hand. Everyone was very focused on the game at breakfast. The game wasn’t kicking off till 6:30pm, so we had planned a light training session in the morning to go over set pieces and shape work. I again remained at the hotel for another heavy gym session, but for once I was happy to miss out on training as the boys toiled in torrential rain!

We had a bit of time to waste when they returned, and so were made a light lunch straight after training, followed by a pre-match meal later in the day just before we left.

With our free-time over, the team gathered to discuss the game objectives and worked together to create targets. We then had our meal and boarded the coach.

The game was against another Under 19s Belgian side – Waasland Beveren. We arrived at their ground and again were surprised with how nice the facilities were.

The game started well for us as we nicked another early goal to go 1-0 up through Mikael Ndjoli in a repeat of the Lokeren game. However, unlike that day, we were able to hold onto the lead and we felt we should have been ahead by more at the break. Despite that, it was a great first half performance from the boys!

After a much needed pause for refreshments, the second half got underway. The quality of play wasn’t at the level of the first half, with both teams fading towards the latter stages. But eventually we managed to secure the victory by going 2-0 up after a great assist by James Fitzgerald and quality finish by Matt Day.

With another victory under our belts we returned to the hotel in high spirits. It was late by the time we got back and so we only had time for some food before heading back to our rooms to get some rest.

Ready for the final stages of the tour!