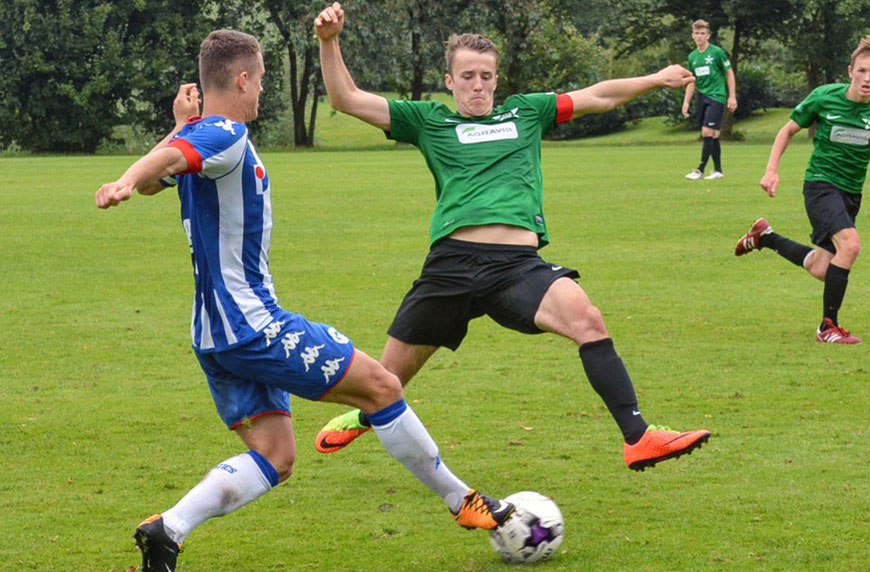 Having begun the trip with a journey across the border to Germany for our clash with VFL Osnabruck, the players had a recovery day to relax a bit after such a busy start.

The morning activity was an active recovery session for those who played most of the game, while the rest of the group completed some physical training before joining the other crop of players in the pool for a bit of fun and relaxation time.

Later in the day, we had a bike tour of the local area. We expected it to be a casual affair, but it became more of a physical competition as most of the players found it hard to control their competitive spirit for the 20km outing.

The following day consisted of a partner session led by to academy coaches at FC Twente. They spent time co-ordinating the two sessions with the club staff, designed a tactical session in the morning before delivering a technical session in the afternoon.

Both were fantastic experiences for all involved – the players, Wigan Athletic staff and the two coaches from FC Twente – as ideas, philosophies and coaching styles were shared, practiced and discusses throughout the day.

Time was then allocated to education and personal development in the evening, where the players focused on the topic of confidence.

The players have been in high spirits throughout the trip and anticipation was building for our second game of the trip as the players enjoyed a training session preparing for German opponents Preuben Munster.

After lunch, the players were given the option to rest in the rooms or take a stroll into the local town for an hour, while others required some additional physical work or medical treatment.

We had to travel to Germany for our opening fixture, but on this occasion we were hosting the game at our training base, which was much more convenient.

Five 16-year-olds lined up for the game against an Under-19 opposition, while two Under-16s were introduced at half-time, but the side held their own and despite falling two goals behind, the players managed to find a way back into the game and secured a 2-2 draw.

After the game, there was a very quick turnaround for lunch before we all boarded the coach for our journey to Rotterdam to watch the Johan Cruyff Shield game between Feyenoord and Vitesse Arnhem.

The match was a 50,000 sell-out and the atmosphere was electric, which was great for the players to experience. It ended 1-1 following an amusing insight into the use of video technology. Feyenoord won the subsequent penalty shoot-out after Arnhem missed their first two spot-kicks.

With another busy day in the bag, there were some tired bodies and minds the following day, although a decent breakfast soon raised the energy levels back up to usual levels.

The squad split up into three – a training group, a recovery group and a medical group – for the morning session before the squad went out to play foot golf.

The mix of competitive fixtures, interesting coaching sessions and free-time for team-bonding have all been hugely beneficial so far, and the players have even been forced back in the classroom for some language lessons.

Overall, it has been a great experience so far and we look forward to the remainder of the trip. 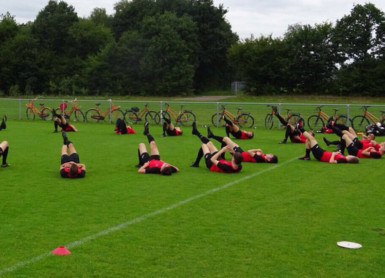