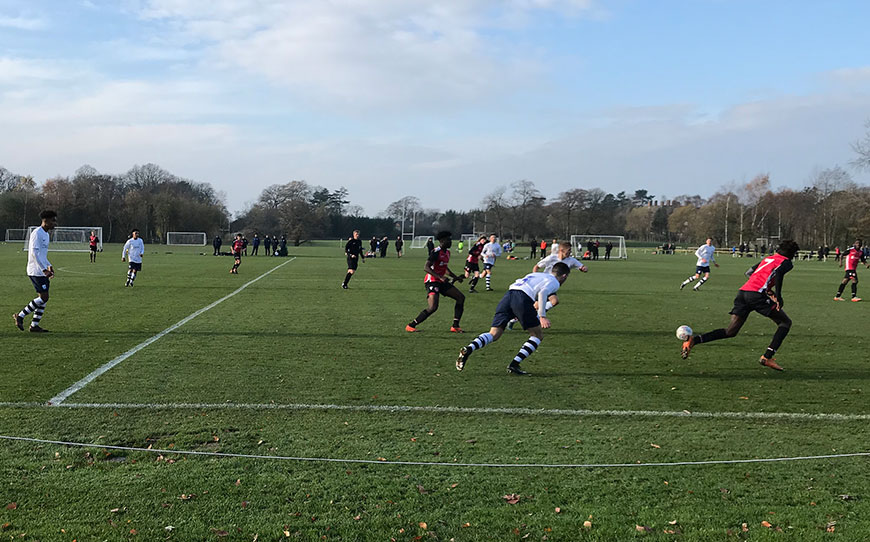 Tyrhys Dolan broke the deadlock just before the break, while Brian McManus and Jack Baxter added to the score in the second half to seal the points for North End.

Preston commanded a larger share of the possession early on and came closest to an opener when Jerome Jolly found Louis Potts at the far post, but the winger’s volley could only hit the side-netting.

Josh Pollard missed the target with an effort from the edge of the area, while at the other end Henry Dorward forced Lilywhites stopper James Cottam into a comfortable save.

Dolan was lively throughout the opening phases and was the first player to test Olivier Jumeau in the Morecambe net, although his strike from distance was straight at the second-year keeper.

However, the resolve of the visitors was finally broken just moments before half-time when Darren Brannigan’s initial effort was parried into the path of Dolan, who headed home.

The Shrimps youngsters threatened to restore parity on the hour mark by earning themselves a corner, but that only benefitted the home side as North End counter-attacked in numbers, with Jolly slipping in substitute McManus to apply a calm finish.

And it took just two minutes for Preston to extend their advantage as Dolan squeezed the ball through to captain Baxter, who showed nifty footwork before finding the bottom corner with aplomb.

Morecambe had their biggest chance of the match in the closing stages as a poor defensive back-pass almost led to a goal. Callum Farrington managed to touch the ball past Coulton, but the keeper recovered brilliantly to maintain the clean sheet.

The result leaves the Shrimps without a league win since the beginning of October, while North End bounced back from last weekend’s defeat to bitter rivals Blackpool.

“It’s really pleasing to get the clean sheet,” Preston Academy manager Nick Harrison told LFE. “We’re really pleased with the performance and it’s good to get the win.”

Meanwhile, Morecambe PD Youth Coach Neil Wainwright added: “We didn’t look after the ball well enough, turned over possession when we did win it and we were just too soft in our approach to the game.