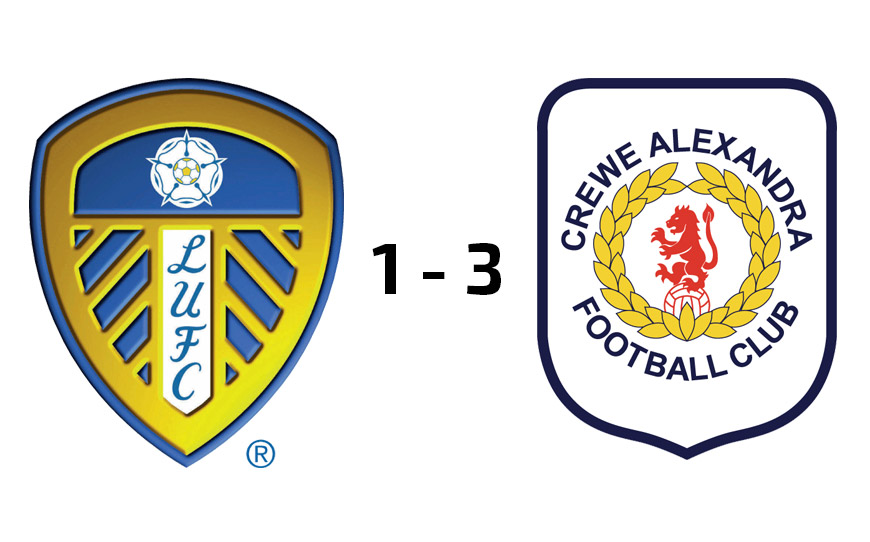 By Adam Clapham: Crewe fought back from behind to secure a 3-1 win at Leeds United in the U18 PDL on Saturday.

Goals from Lewis Reilly, Luke Walley and substitute Owen Dale secured the points for the Alex who had trailed after Thomas Godden had opened the scoring for the hosts.

Leeds controlled the opening period of the game and the Crewe goalkeeper Scott Wardley had to be on his toes from the off. He was forced to save from Moses Abioye with barely a minute on the clock. Henry Rollinson then fired over the crossbar with the visitors clearly unsettled.

Crewe did play their way into the game though and only an acrobatic save from the Leeds goalkeeper Will Huffer prevented Reilly from scoring with an audacious chip from near the halfway line.

The Whites continued to come at Crewe, and had it not been for last ditch tackle from Billy Sass-Davies, Abioye would’ve almost certainly scored.

After being denied a penalty when the full-back Ross Woodcock appeared to handle the ball, Leeds were rewarded with an opening goal on 38 minutes. Rollinson’s whipped corner was nodded in at the near post by Godden to give them the advantage at the break.

The second half couldn’t have started in a worse manner for Leeds. After being played through by a brilliant ball from midfield, Reilly managed to dink a neat chip over Huffer to level the score.

Five minutes later the Railwaymen led, after capitalising on a defensive error.

Godden’s back pass failed to reach, Huffer and with the goalkeeper stranded, Walley slipped beyond him to place the ball into an unguarded net.

The hosts regrouped and mounted an assault on the Crewe goal but Rollinson headed over from a Bobby Kamwa cross.

And they were punished almost immediately by Alex substitute Dale, who shrugged off his marker to finish emphatically past Huffer.

Leeds went on the offensive with Alfie McCalmont smashing a coruscating 25-yard shot against the woodwork to give the visitors a scare but Crewe, who also benefitted from two glaring misses from Abioye were able to hold on and return to Cheshire with all three points.