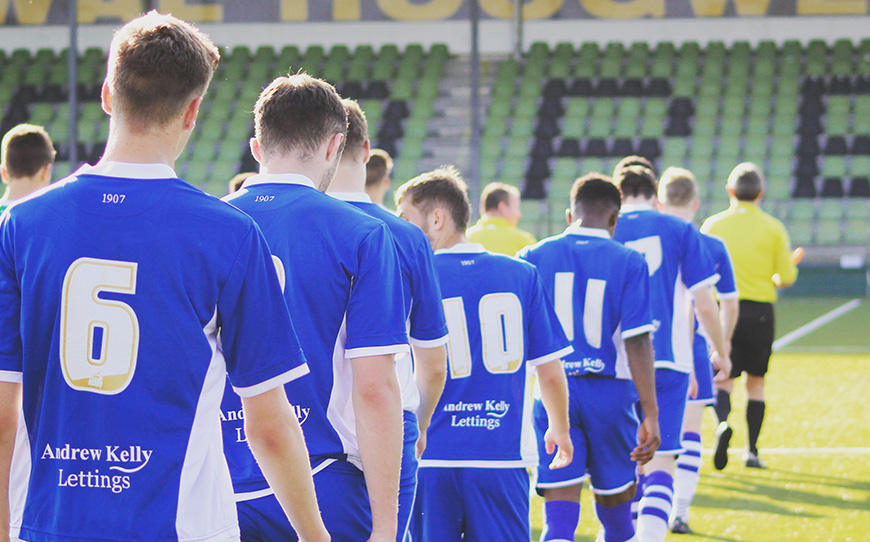 Excitement, anticipation, nervousness – some of the words that spring to mind when thinking of game day against FC Dordrecht.

With us preparing for the game ahead, the morning started off calm and relaxed. Breakfast was at 10am, with the coach trip to Dordrecht at 3pm.

No training took place in the morning so we could save a lot of energy. Despite this, there was a lot of snoring on the way to the game! These lads just love to sleep at any chance they get!

We arrived at the ground and were greeted to a beautiful scene of trees and a rather colossal stadium. We got to the ground ahead of schedule and so had time to analyse FC Dordrecht by watching their U19s as they played against Wolves on the same pitch that we were scheduled to play. This gave us a small idea of what was to come and the system we might face.

Kick-off soon came and despite a shaky start, the fellas came through and put to practice everything the coaches were drilling into us at training. With this came great success as we won 4-1 after a solid performance, with goals coming from Jack Stewart, Japh Mata and two from Jordan Prescott. Well done fellas!

Moving into the weekend, the team were pretty tired after the fantastic display the previous night. As a result, we went for a steady bike ride through the village out to the main town nearby, Den Bosch.

Experiencing the laid-back Dutch culture, we found a man-made beach, where we rested up and played football with some local kids. They asked for photographs with us – we’re celebrities now!

The bike tour was truly tremendous, all thanks to the man himself, our tour coordinator, Ricardo.

Having a great time and can’t wait for more.