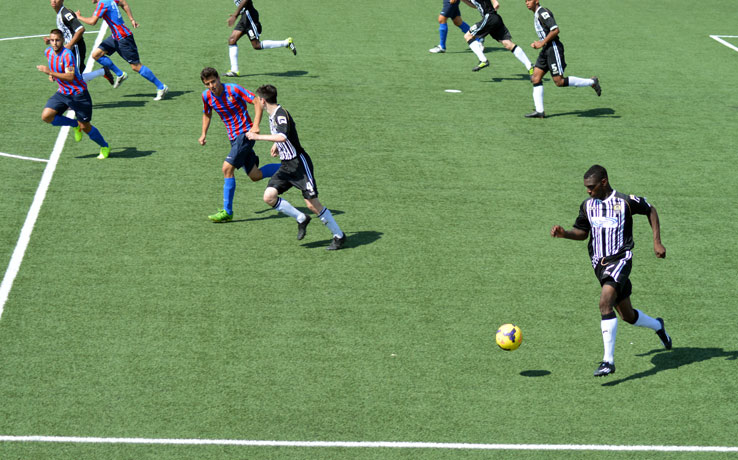 On Saturday we had the game against Levante and we set off early in the morning after breakfast. After about an hour and a half of travelling we arrived at their training ground where we were greeted by the Levante coach Briant Lazaro.

The sun was glaring down on to us and the 3G pitch that the game was played on which was burning the soles of our feet but is something that the Levante players probably have to deal with most days.

Their style of play wasn’t unexpected in that it was what we’d call typically continental with a focus on possession of the ball in the middle of the park. We went 1-0 down midway through the first-half and while the game ended in a 3-0 win for our hosts, overall it proved a worthwhile workout for us against an Under 19 side who were a little more physically developed than us.

After running our socks off the previous day, Sunday thankfully really was a day of rest! We had a pool session to help us recover from our exertions against Levante and then went canoeing in the afternoon which was a good team bonding experience and led to one or two getting almost as wet as they had been in the pool earlier in the day! On Monday we had a double session in preparation for our game on Tuesday against Villareal. In the morning we did a shorter than usual running session which consisted of eight 1 minute sprints (which as you can imagine can become a three quarter pace more often than not!). Then went into some short but intense possession and passing drills. After lunch we then had the second session which was all about shape and understanding what we wanted to accomplish the next day.