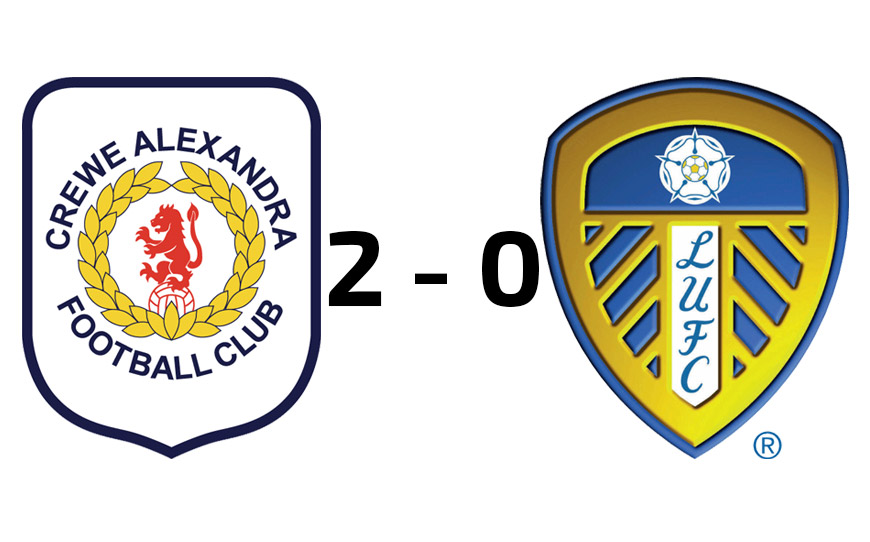 By Jack Furness: Goals from Tom Lowery and Oliver Finney gave ten-man Crewe an impressive 2-0 win at home to Leeds United in the Under-18 Professional Development League 2 North.

Crewe forward Owen Dale starred for the hosts and had a hand in both of the goals, which came after central defender Tom Quinn had been dismissed for a tackle that was deemed dangerous by Referee Jonathan Broadhurst.

The contest had started evenly with both sides adopting a flowing passing style. Alex who constantly built from the back created the first meaningful chance of the game after ten minutes. Dale latched onto a pass behind the Leeds defence but the Leeds goalkeeper Theo Richardson was equal to his curling shot.

Matthew Downing’s marauding runs from left-back were a feature of the first period for Leeds, which made for an interesting duel with Crewe right-back Ross Woodcock.

Goalless at the interval, Quinn’s dismissal for a challenge on Leeds midfielder Lewis Knight looked like it would alter the course of the game ten minutes into the second period. However, the ten men rallied, went on the offensive and took the lead six minutes later.

Excellent play from Dale on the right of the penalty area caused havoc in the Leeds defence. He played the ball across goal and Lowery was left unmarked to volley in off the crossbar. The visitors were stunned and Crewe doubled their lead seven minutes later.

A Ronaldo Viera slip coughed up possession and allowed Dale to rampage towards the Leeds goal. He slipped the ball to Finney who calmly slotted the ball into the bottom left corner of the net.

Leeds United Academy Director Adam Underwood acknowledged that the sending-off had delivered an adverse effect on his team.

“The worst thing that happened in the game, which you would think would be a positive, was the sending off,” he said. “We struggled to work that out and it strangely worked in their favour.”

“Credit to them. The two lads took the goals well and they probably looked more dangerous with 10 men and that’s no disrespect, they were good at it.”

While Leeds did at press for a way back into the game a resolute Alex team held them at bay to the delight of the Crewe U18s coach Kenny Lunt.

“I thought we managed the game really well towards the end,” Lunt said. “We defended really well when we went down to 10 men when there was nothing in the game, but in the end I thought we were deserved winners.”

“We haven’t been the best defensively this year but we were up to it,” he added.