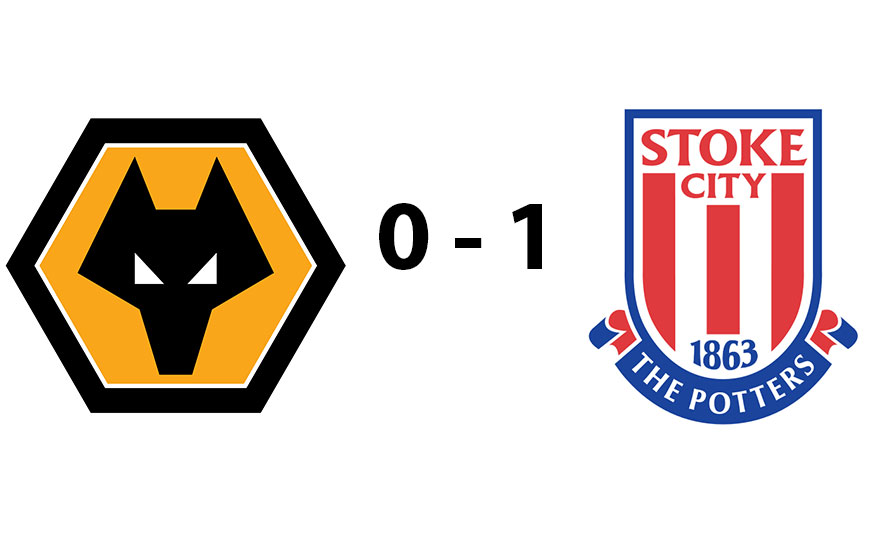 By Joe Williams: Wolves Under-18s extended their run without a win to six games in all competitions with a 1-0 defeat to Stoke City in the Premier League North.

Venancio Da Silva Monteiro’s 10th-minute strike was the difference between the two sides to give the Potters their first away league win since a 2-1 victory against Newcastle United in February.

The goal was the first major chance of the match as Monteiro was left completely unmarked just outside the area and slotted home Jordan Greenidge’s cross.

Wolves struggled to retaliate and were almost punished for another lapse at the back, but keeper Harry Beasley managed to burst off his line and thwart Greenidge to prevent further damage.

The hosts finally gained some joy through right winger Brad Carr, who forced Mate Deczki into a save after being played in by Taylor Perry, while Dan McKenna’s set-piece was headed wide by Daniel Csoka five minutes before the break.

Wolves continued to make advancements in wide areas after the restart as Ryan Giles delivered dangerously towards striker Austin Samuels, but he failed to get in front of his marker.

Potters left-back Will Forrester struggled to cope with the lively Carr and he produced another cross into the path of Giles, who was unable to generate enough power on his header.

Frustrations were rising for the home side as an equaliser continued to evade their grasp and came closest to restoring parity on 70 minutes when Carr caused panic in the Stoke defence yet again before unleashing a shot across goal that gave Deczki no chance, but his effort cannoned off the crossbar and away to safety.

On the other flank, Giles provided two more crosses to create openings for McKenna and Joel Whittingham, although neither could hit the target as time ran out for Wolves.

And the visitors could have easily doubled their advantage in stoppage-time when Greenidge’s double effort was brilliantly denied by Beasley.

Wolves Under-18s manager Darren Ryan told LFE: “We are disappointed. We were lethargic initially but created numerous chances and they weren’t just half chances. On another day, we could have won the game but that’s football, that’s the reality.”