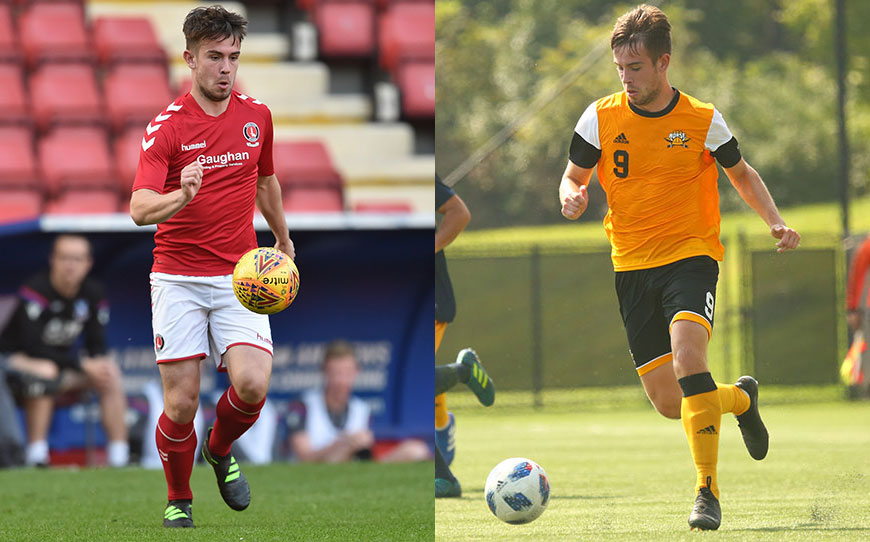 The ultimate goal for most apprentices is to complete their two years with a professional contract. However, the lure of an American Soccer Scholarship took Charlton Athletic Academy product Alex Willis down a different career path.

Having scored over 500 goals in the youth ranks, the 19-year-old striker declined the opportunity to sign on the dotted line, instead favouring a move to the other side of the Atlantic at Northern Kentucky University, where he has already netted 16 times in 17 games.

Here, the Horizon League Freshman of the Year talks to LFE about the transition from apprentice to student athlete, the importance of education and his ambition to become a professional footballer back home or abroad.

My first pro contract is something I’d always dreamt of receiving since I joined the Academy at eight years old. But I decided that the American Scholarship route was more secure than a one-year deal and had more potential at that moment in time, giving me the opportunity to play Division 1 College football in the States.

Pass4Soccer came in to give a presentation around September 2017 and I saw it as a good option while I still pursued a professional contract at Charlton during the second year of my apprenticeship. They put my video tape out to American Colleges and I was absolutely flooded with offers and coaches offering to fly out to England and watch me play for Charlton, which they did.

P4S gave guidance on which universities would suit me but ultimately the final choices were mine. At the end of the season, P4S then helped and gave advice about practical things like flights, health insurance, travel insurance, etc.

Having moved to a new continent, I’ve had to become more independent and take more responsibility for myself as there isn’t always the club or family members to sort something external out for you. However, it’s made me more mature and less naïve as I’ve met people from all over the world and from many different backgrounds.

It’s a life-changing experience and one I would highly recommend. You get the best of both worlds, in terms of preparing for the distant future with a degree, but also working every day to become a better player and striving to be a professional footballer.

Going to the USA doesn’t mean your career is over – I think far from it. What you’re doing is expanding your options, which is only a good thing. This leaves me open to being a professional footballer in the USA or in England. I have no regrets.

The accommodation and facilities at Northern Kentucky University are excellent. The changing rooms and our ‘soccer’ stadium facilities, from gyms to treatment equipment, are extremely good.

In the squad we’ve got boys from Scotland, Ireland, Germany, Sweden, Norway, Papua New Guinea, South Africa, Bermuda, New Zealand, Canada and obviously the USA! That’s been one of the best parts off the pitch – making new friends from all around the world.

During the season, we play two matches a week. Much like any professional team, we will travel the day before to any away game and stay overnight at a hotel. We’ve been to a few cities, such as Chicago, Pittsburgh, Cincinnati, Columbus and Indianapolis.

The whole aim obviously is to win league games and we try to give ourselves the best, most professional preparation to do that. The media coverage is also excellent, with most of our games being streamed via ESPN, so you can get live coverage of the majority of our games.

It feels good to have my performances noticed by clubs here in the USA and hopefully by clubs in England too. As I’ve said, my number one goal is to be a professional. I’m confident if I keep scoring like I’ve always done, then an opportunity will arise somewhere.

It’s massively important to take education seriously, there will almost certainly be a working life after your playing career. I knew that if I put in maximum effort to the BTEC – and now the degree I’m taking – it will give me the most options if and when I need them.

I’m currently studying General Business. It’s quite a broad field and with degrees in the USA lasting four years, I can choose later to specialise more with my major in my final two years.

Being able to work hard in the classroom and adhere to deadlines and maintain good grades is achieved by your discipline and determination. This is used on the pitch when training, such as shooting practice so I can score my next goal or being able to understand your role and performance in the team.

Time-keeping is another important transferable skill. Being able to hit academic deadlines, being punctual and keeping a professional attitude are all key attributes to becoming a footballer.

We train every morning and then study for two or three hours a day in the afternoons. It’s a heavier workload compared to the BTEC, but after a couple of weeks you just get used to it. There’s a lot more freedom in university, so it isn’t like your GCSE classes!

My attitude to everything I do, both education and football, is always to give it my very best. I believe if you put in the time you will reap the benefits.