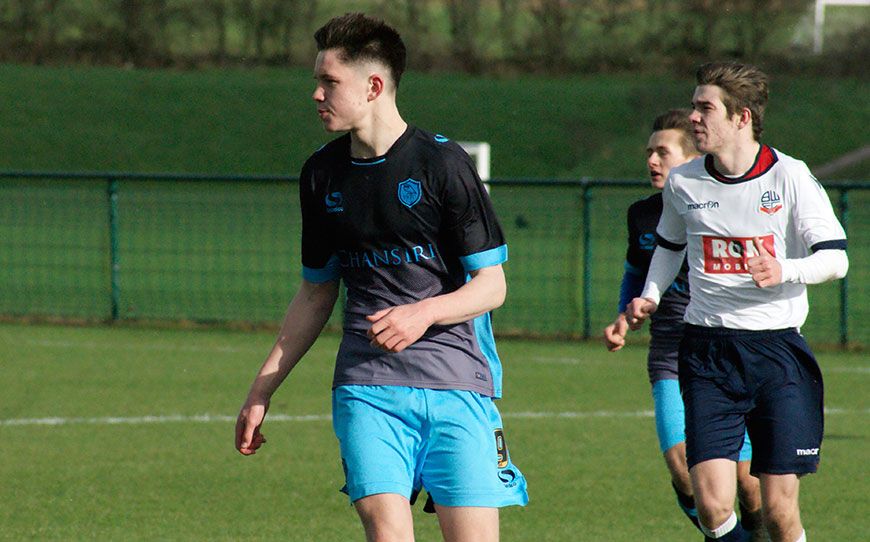 Sheffield Wednesday Under-18s manager Paul Murray has expressed his delight at George Hirst’s inclusion in the England Under-17 for the annual Algarve Tournament.

The 16-year-old is part of a 22-man squad that will face opposition from Portugal, Germany and the Netherlands in preparation for the Euro Elite Qualifying Round games in March.

Hirst has netted six times this season and replaces Wolves striker Niall Ennis, who withdrew from the squad due to a fractured fibula.

“It’s great for the club. I think it is 20 years since the club has had a player for the England Under-17s. It’s good for him and good for the club,” Murray told LFE.

“He’ll probably be amongst the Premier League elite. We’re a category 2 academy so it’s good for us because I presume most players will be from category 1 academies, so it’s pleasing.

“He’s got lots of stuff to still work on his game but he’s powerful, he can run, he works his socks off, he scores goals and that’s a key thing.

“But he’s got lots of stuff to learn. He needs to work on his ball retention a bit more and just be a little cuter. But he’s earned it by scoring goals.”

While the teenage striker begins a run of three games in five days on Friday, Murray and the rest of his young Owls will get ready for a difficult trip to in-form Huddersfield.

“We had a game Tuesday and beat Blackburn in a friendly, so we’re three unbeaten now and hopefully we can make it a fourth,” Murray continued.

“Obviously Forest are storming ahead. They’re top of the league by a distance so realistically they’re out of our range, but second place is definitely achievable and that’s the challenge.”