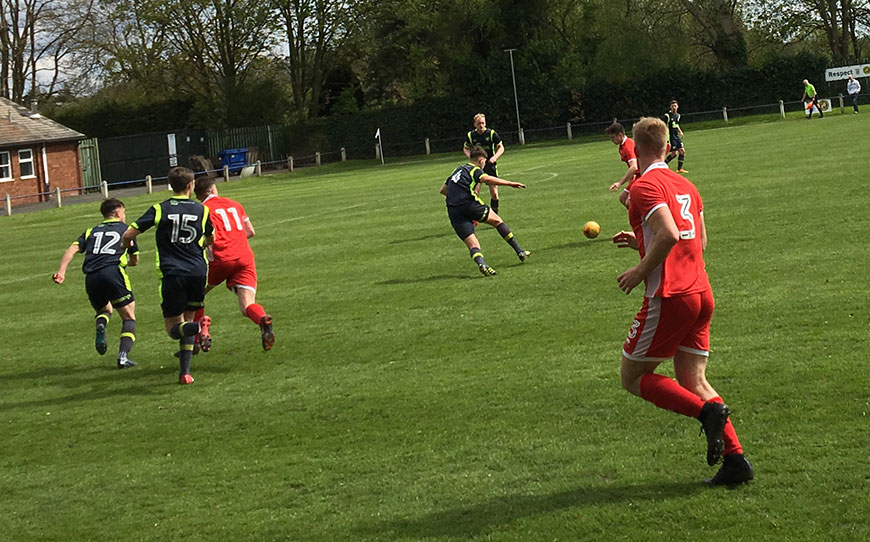 By Kieran Dunbar: Walsall Under-18s won their fourth game in a row in the EFL Youth Alliance North West division after edging out Carlisle United Under-18s by a single goal at the Birmingham County FA ground.

The visitors enjoyed an unbeaten month of April, winning five of their six matches, but were unable to carry that form into May as Joe Cairns’ 16th-minute spot-kick was enough to secure the three point for the Saddlers.

There was little goalmouth action in the early stages, although Walsall’s Dylan Parker was brilliantly denied the opportunity to nod home at the back post after defender Luke Taylor made an important last-ditch intervention.

The first effort at goal came in the 12th minute of the match when Dan O’Sullivan showed nifty footwork to cut inside from the right flank and opened a space for a left-footed shot, but his strike at goal failed to test keeper Regan Ward, creeping wide of the near post. Walsall’s early pressure eventually presented them with a glorious opportunity to take the lead.

The hosts began to offer more creativity and were then presented the chance to take the lead from the penalty spot just moments later after an impressive move from back to front. A pinpoint diagonal pass from centre-back Joe Brown was taken down nicely by Cairns, who slipped the ball through to O’Sullivan.

Carlisle’s Aidan Hutchinson lunged for the ball and brought down his man inside the area, allowing Cairns to step up from 12 yards and powerfully slot into the right corner of the goal, with Ward unable to prevent the ball hitting the back of the net despite getting a hand on the effort.

The away side responded positively to the early setback and could have been back on terms following a jinking run from Josh Dixon, who beat three defenders before dragging a shot wide of the post.

Walsall gifted another opening soon after when they failed to clear the ball at the back, enabling Keighran Kerr to steal possession. His initial effort forced Brandon Ganley into action, but the Saddlers stopper could only parry the ball out to Liam McCarron, who somehow fired over the bar from six yards out.

A better defensive display in the second-half restricted Carlisle’s attempts to restore parity and the margin was almost doubled as Parker diverted a header towards goal, only for Ward to tip the ball onto the bar and away to safety.

Ben Friel then missed a wonderful chance after firing his free header over the bar from the resulting corner, while Cairns and Parker both went close yet again.

And although a second goal evaded them, Walsall managed to hold as McCarron volleyed high and wide from inside the area in the final minute to confirm the 1-0 scoreline.