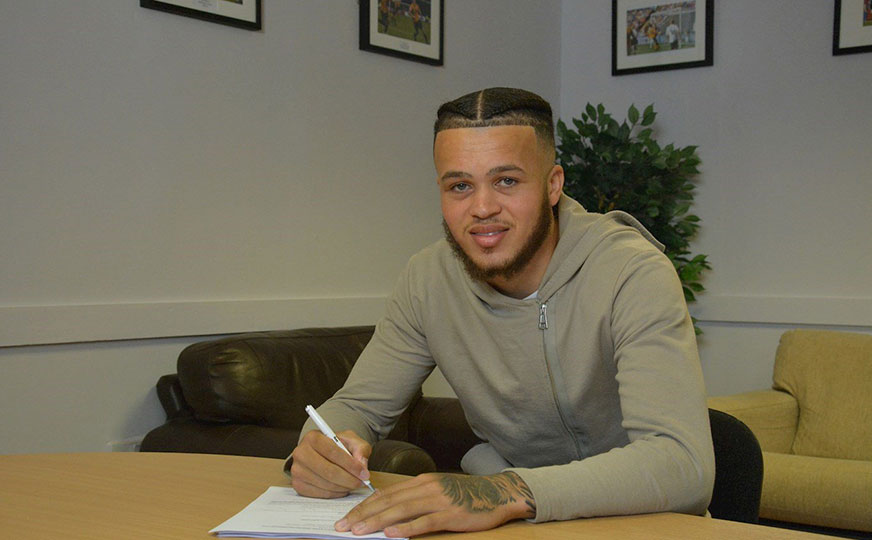 The 24-year-old earned a professional contract at Crawley having completed his apprenticeship in 2013, but failed to make a first-team appearance and dropped into non-league following his release.

The defender experienced loan spells at Hemel Hempstead, Hampton & Richmond and Ebbsfleet before breaking into Sutton’s senior side during the 2016-17 campaign.

He then established himself as a regular last year, amassing 37 outings to contribute to Sutton’s run to the National League play-offs and while the South West London club fell short of promotion, Cambridge came calling to give John a second chance in the EFL.

“I am very pleased to have got the deal over the line,” John told the club website. “It’s a step up for me, but I’m really looking forward to adapting to the level and seeing what I can produce.

“The ethos of the Football Club was a big attraction. Meeting Joe Dunne (Head Coach) and speaking to him about the way he wants to play and what he expects from a centre back was very appealing. He’s clearly a coach who I feel can improve my game.

“Also when speaking to other people within football, nobody has had a bad word to say about Cambridge United so it stuck out as a really good option for me.

“I’m excited to get to know the place even more. I will be moving to Cambridge to live here and I’m looking forward to that, as well as day one of pre-season where I’ll meet the rest of the lads and start preparing right for next year.

“I don’t come here expecting to start every game, so I know there is a lot of hard work ahead where I will have to force my way into the team. But that’s a good thing and it’s always positive to have targets for yourself. Right now I’m aiming to come back fit and ready to go.”

Meanwhile, U’s Head of Football, Ben Strang added: “Louis is a player we have monitored closely throughout the season. He joins us at an ideal age having accumulated decent experience and playing minutes but also with the potential to improve.

“We feel he is capable of making the transition to the (English) Football League and have been impressed with his mentality when meeting him. He is athletic, enjoys defending and gives us versatility in our defensive options.”