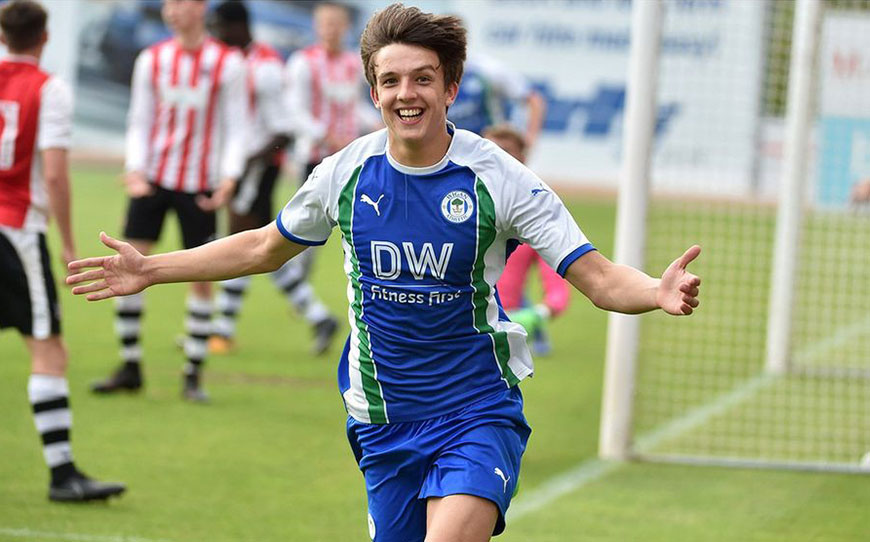 Jolley was prolific in front of goal during Wigan Under-18s’ treble-winning season in 2018-19, and finished that campaign with a senior debut during a 1-0 victory over Millwall in the Sky Bet Championship.

In total, Jolley amassed six appearances for the Latics’ first team, scoring twice in a 6-1 win against Liverpool Under-21s in the Papa John’s Trophy in September.

He told Tranmere’s website: “It’s a new challenge for me. Now, I’m looking forward to getting going and hopefully I can score some goals.

“The club is on the up. You see our form in the league, and the type of football that we play, I think it would suit me perfectly. I spoke to a couple of people that I know here, and it just seemed right.

“I think the type of player that I am, I like high-energy football and you see the lads give their all, so I am definitely looking forward to getting my chance and hopefully making a mark.”

Manager Keith Hill added: “He is brilliant and young with energy. He wants to improve and wants to play first-team football. We’re going to give him the opportunity to develop him and integrate him as quickly as possible as we can.

“I think it is a great signing and acquisition by the club, and we are planning for the future as well.

“He’s a player that I’ve always had my eye on and I think he’s got great energy, good movement and enthusiasm and when I had the conversation with him, he really wants to improve, and it is a great opportunity for everyone involved.

“He’ll contribute wherever we want him to play in that front line with effort, endeavour and the rest of the attributes he’s got. He is a key acquisition, not just for now, but for the future.”