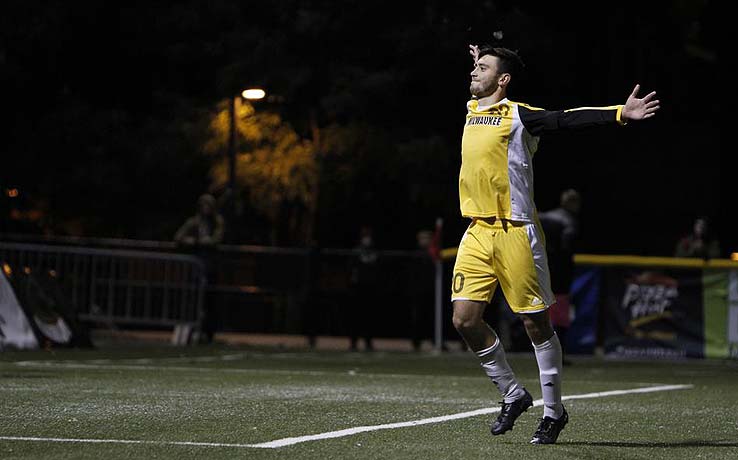 The turn of each year brings plenty of new challenges if you’re a young footballer. The reality is that once you’ve hit Christmas and pass into the New Year you have completed seven long months of a gruelling season which started almost an eternity ago on a warm sunny day in late June or early July.

So January and February is the time to start being realistic about your chances of earning a professional deal. As an Apprentice I remember the reality was really sinking in at this stage.

There is no way of truly knowing what’s going on in the gaffer’s head – are you in his plans or not – but there are a few of things to consider. Are you playing regularly for the Youth team? Are you getting opportunities in the Reserves? Are you training with the pros? Unless the answer to all three questions is yes, it’s going to be tough to earn a contract from here.

I was doing all three and still got nothing in May – so there are no guarantees.

I’ve even heard tales of one player at a lower league club (who shall remain nameless) walking in to see a manager who still hadn’t decided whether he was worth a contract or not after two years.

The manager in question wasn’t entirely sure about the player and was at the point of telling him that he would be released when he had a sudden change of heart and elected to give him a 6 month contract. That player has since played in the Premier League and appeared for England.

Stories like that though are few and far in between.

Whether you are confident or not, it is in your interest to plan for the worst. This doesn’t mean you’re giving up – it’s being prepared. I refused to think of life after Rochdale when I was a second year, and it almost hurt me. It certainly didn’t help me. My advice? Put every effort into the remaining months of your apprenticeship. Don’t miss a single opportunity to impress or improve, because it’ll be over before you know it.

Now is the time to start exploring other options. There is no reason why one of those options shouldn’t be a scholarship at an American University. Trust me, it offers a life-changing experience and another route back into pro football – though I’ll tell you more about the MLS ‘Draft’ next time.

I have enjoyed a great season. My team has won the League it competes in for the first time in eight years. We played in front of some big crowds and ended the year by winning 15 matches and losing just 3. From a personal perspective it was also a huge success. I found the back of the net 13 times from midfield (making me one of the top ten goalscorers in the country), picked up an MVP Award for our League and was nominated for a national player of the year award. The standard is probably better than you’d expect and if you are a current apprentice, you should be good enough to be looking at the top level of College Soccer – Division 1.

There are 198 Div 1 teams across the country, in 24 different leagues, called Conferences. Yes, America really is that big! Each team has a good, informative website where you see the facilities and get a feel for the team, the university, and the city or surrounding area (you can see ours here). Next time, I’ll go through some of the ways of making contact and the sort of scholarship deal you may be able to negotiate.

For now, football is over. Unlike English seasons, which run for about 11 months of the year, the American way with all sports is to play in a short, condensed period. My team, Milwaukee Panthers, was involved in 23 games, including pre-season matches, since mid August.

The short seasons are the main drawback of the American university soccer system but it does allow you time to focus on your studies, which is vital if you are to retain your scholarship. If you want more football, playing for a competitive US summer team is a great option. As well as games, it is a fantastic opportunity to travel – teams in all states in America will take good players and sometimes even house them. Remember you can’t take any money if you want to keep your scholarship, but the better you do on and off the field the better the scholarship deal you may be able negotiate each year.

Travelling the country has been one of the most rewarding aspects of my time in the USA so far. Through away matches, spring breaks and summer trips, I have visited 13 of the 50 states, each about the size of England. In every one, I have been made to feel welcome. As an Englishman in America, you don’t have to look far to find a friend. Just remember to show respect for their country and their customs. They take huge pride in both in a way that a typical cynical Brit might find strange to start with. But embrace the difference and you’ll be overwhelmed by the generosity and hospitality of virtual strangers. They really love our accents! My friendship group is currently planning where to go next Spring Break – when students from around the country go for a wild week in a seaside resort. Last year we went to Florida, and it was every bit the party destination I had imagined from watching MTV back home! And at the end of the year I got to travel and surf along the Californian coast.

However schoolwork comes first. As last semester closed I was busy with coursework and exam preparations in each of my classes.

Lecture attendance is vital and homework assignments keep you busy every week. Unlike University work in England, where a course runs throughout the year, here students take different classes every term.

It’s a challenge but one that encompasses football, study, qualifications, travel, the chance to meet new friends and still earn a professional deal – so perhaps it’s worth thinking about?