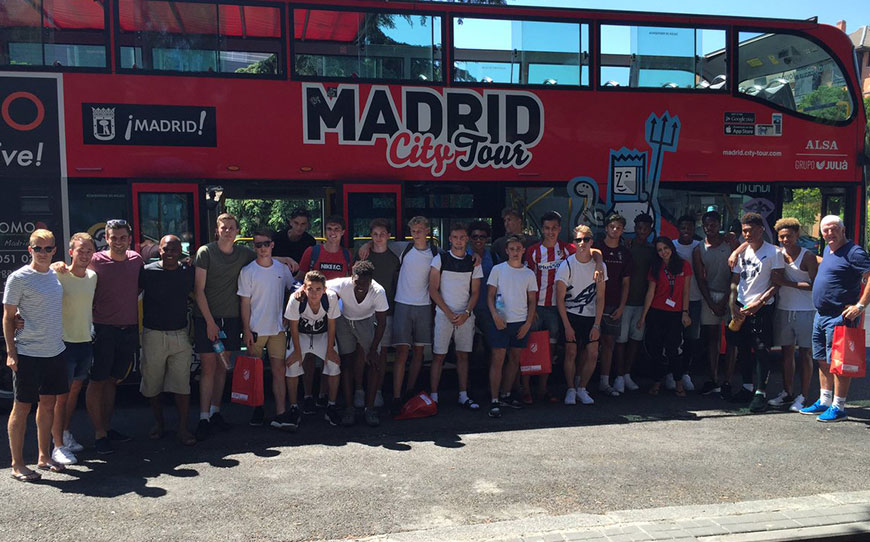 We’ve come to the end of our stay here in Spain and it’s been a memorable two weeks. The trip has contained a lot of experiences that we won’t forget, both on and off the pitch and it’s really helped the team to bond and has brought us all closer together.

Playing against Atlético Madrid was a fantastic opportunity and the fact that we were so competitive against them gives us great belief. We’ve also trained at Real Madrid’s training ground, which is an honour and something not everyone gets to do. I also think that we have learned a huge amount from the Spanish coaches that have led some training sessions here. It has been beneficial to understand and practice different styles of play and it can only help us when adapting to the way different teams play, and how we can adapt our game if things aren’t going right.

Aside from football, we have also enjoyed the other activities provided, such as the day out to a theme park, which was a great chance for us to get to know each other on a more personal level and everybody seemed to enjoy it. We have also made progress with the Spanish language lessons, which could help us in the future if we were ever to come back to Spain, either in football, leisure or future employment.

But of course, the main priority has been the football aspect and it’s been fantastic. We have gained a great deal of experience using fantastic facilities and playing against high quality foreign players and teams. It’s also good to win a few games and we’ve done very well to win two of our three games, which is great. In addition, we have also had to adapt to the climate, which has been very challenging, but it has all been part of a great tour for the players that has set us up perfectly for the new season.

Watch Reading’s youngsters conclude their Spain trip with a song for tour rep Pedro by clicking the link below: