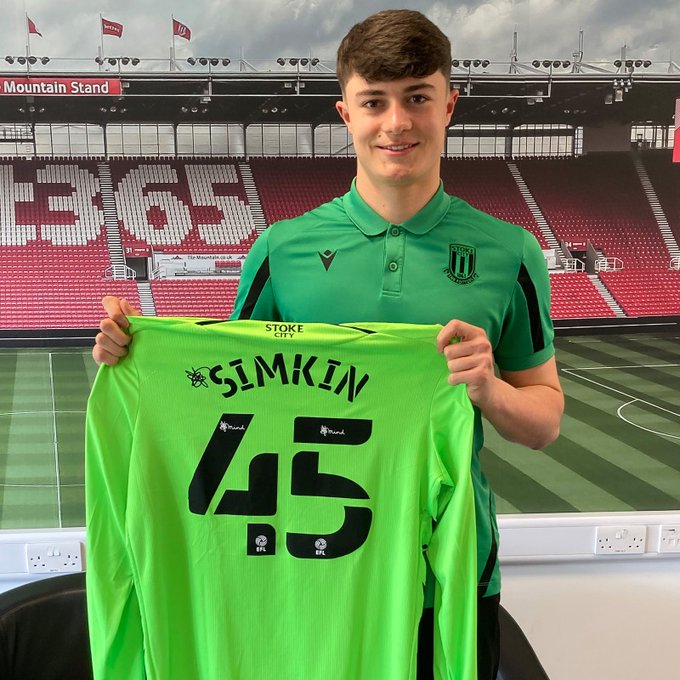 Young Stoke City goalkeeper Tommy Simkin has put pen to paper on his first professional contract at the Bet 365 Stadium, after impressing the Academy and senior team’s coaching staff during the first year of his LFE Apprenticeship.

Simkin’s performances earned him recognition in LFE’s November edition of ‘The 11’, which acknowledges 11 apprentices for their efforts on and off the pitch. Alongside that, the 17-year-old has also gained international recognition as he made his England Under-18 debut earlier this season.

Despite having only signed apprenticeship terms at the beginning of the season, the youngster has firmly established himself as the number one in the Under-18’s side and has appeared in a number of high-profile FA Cup clashes during his time on loan with Midland League Premier Division outfit Hanley Town.

Alongside his on-the-field achievements, Tommy is well on course to achieve his BTEC Diploma target grade. His dedication and positive attitude have been praised by staff members after he has spent time training with the Under-23 goalkeepers, and having committed his future to the club, now finds himself on the radar of first-team coaches.