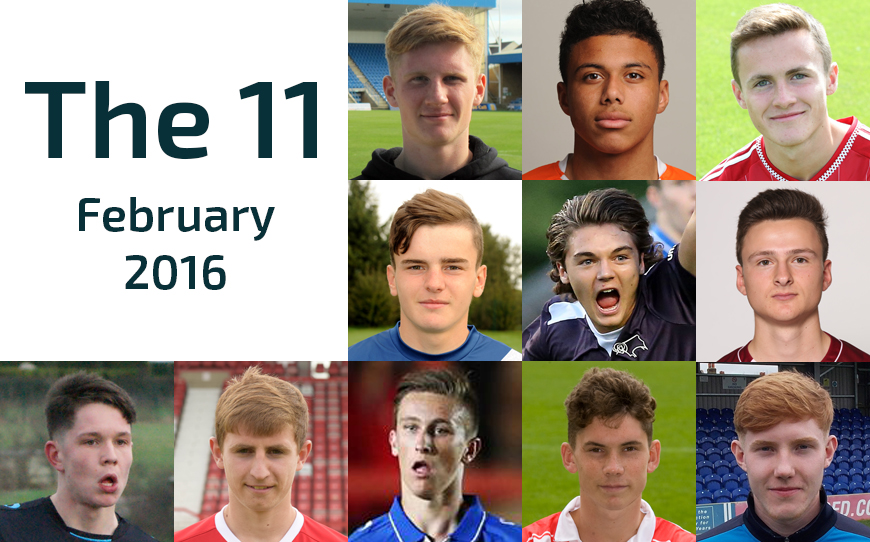 Here is the in depth look at who made LFE’s XI for February 2016 and why they’ve been included:

Alfie was one of the shining lights in the Dons impressive FA Youth Cup run bagging a brace in their victory over Newcastle United at St. James’ Park. The midfielder recently signed professional terms at the club to fulfil a lifetime ambition and is nopw aiming to push on again. Educationally he looks set to achieve D*D*D* on the BTEC Extended Diploma, which would round off a fantastic season.

“Alfie has had a really consistent season and is now adding goal-scoring as a common trait to his game, scoring 12 goals this season. Alfie’s performances and consistency have earned him a professional contract with AFC Wimbledon,” said academy head coach, Mark Robinson.

“Alfie continues to grow in confidence, knowledge and understanding. He possesses the skills and qualities of an exemplary learner. He is doing fantastically well and as a consequence will complete the Extended Diploma before the deadline in May with a triple Distinction profile. He is a pleasure to teach,” added Jose Higuita from South Thames College.

Striking sensation Ronan Hale makes our 11 after a prolific campaign which recently included nine goals in just two games. The Blues forward has already been involved with the Richard Beale’s Under-21 side and working hard to ensure he completes all the educational elements of his apprenticeship at college.

His application in the classroom has improved with the final straight now in site. He has already completed his Functional Skills maths qualification and is now homing in on achieving on his BTEC and NVQ.

Described by Simon Ord, Derby’s Head of Education as an “outstanding student”, Ethan is the son of Darren Wassall who is currently in charge of first team affairs.

On track to achieve his BTEC Extended Diploma with triple distinctions, Ethan has already completed his NVQ and is just as importantly excelling on the pitch. The young defender has already featured for the Rams Under-21 side and his promise has been rewarded with a 2-year professional deal.

Ord added, “Ethan is humble, hardworking and a superb ambassador for Derby County.”

First year scholar Finn has improved enormously as the season has progressed in all areas of his apprenticeship.

The centre-back from Dartford, who has been with the Gills since the Under-12s, has adjusted to the demands of full-time football and impressed everyone with his approach on the training pitch, in the gym and in the classroom.

“Finn is an excellent choice,” says Adam Lawrence, the Gills Head of Education. “His attitude to learning in college sessions is great, and feedback from his Functional Skills tutors is also positive. He also has an attitude around the place which should inspire others.”

Under-18 coach Mark Patterson adds: “Finn is setting the standard for the others to follow. He is giving it everything and seeing the rewards.”

Liam was the driving midfield force behind the young Imps good run in the first half of the season and his form has continued into the New Year helping to propel his team to the top of the North East Youth Alliance.

The young midfielder has scored ten goals, often at important times, none more so than when his strike from outside the box sealed a fine 1-0 win against (then) league leaders Notts County. Known for his high octane work and determined attitude, the clubs academy manager Damian Froggatt said: “Liam has proved a model apprentice who is respected by his peers. He works hard on and off the pitch and has impressed everyone at the club with his attitude.”

LFE’s Paul Bartlett added; “Liam has has impressed all around him with his work ethic and maturity. He has started to upgrade units on the BTEC Extended Diploma and is now set to complete with an exceptional grade profile. I am very pleased to see him elevated to training with the first team squad and know it is well-deserved.”

Full-back James is a role model at the Hatters, having spent two years playing almost every game for the Under-18s and now being a reserve team regular in the Central League. Having helped Luton to the FA Youth Cup quarter-finals, ‘JJ’ is awaiting his first team debut after appearing on the subs’ bench this winter.

“James has been fantastic so far,” says Hatters’ head of education Carl Craner. His comments were endorsed by LFE’s regional officer Gavin Willacy who said: “He does everything without any fuss, to the highest standard, and is a calm and positive figure in the group.”

His coach, Paul Driver, added, “JJ has been in the shadow of one or two other players this season and deserves to be honoured with this as he has been tremendous in everything we do.”

Mitchell is another exciting prospect to have been nurtured by Middlesbrough. The teenage wide man who is the first-year of his apprenticeship made a name for himself by scoring twice in a dazzling display to knock highly-rated Tottenham out of the FA Youth Cup.

A regular in the Under 18s, the youngster has hit a 17 goals in all competitions this term and featured in Boro’s run to the last 16 of the UEFA Youth League. Team boss Craig Liddle said: “Mitchell is young, a first year. (He has) blistering pace, we’re still working on the other side of his game, his hold up play and his link up play but that’s coming along nicely. He’s had a fantastic first half of the season and he’s in double figures (for goals). So for a young lad like him to come into the side and score the goals he has done is fantastic.”

LFE’s regional officer Paul Urwin added: “His attitude to his education is excellent. He is making great progress on his BTEC and NVQ and his tutors have praised his attitude and approach.”

James is a hardworking and talented first-year apprentice with the Cobblers who has the ability to play in several positions. He has already featured for the club’s second team and joined Chris Wilder’s first team squad for training on several occasions.

LFE’s Darren Bloodworth added; “James is well respected by his team mates which has been recognised by his recent nomination as the young player within the group that holds the responsibility for off the field duties and disciplinary procedures.”

“He is a very mature young man who takes his development seriously and often puts in additional work outside of training hours to ensure his continued development. He is making giant strides towards achieving the maximum D*D*D* on his BTEC Extended Diploma in Sport Performance and Excellence at Moulton College. Since the start of the season James has earned the admiration of staff and students at the college with his consistently outstanding efforts in the classroom.”

Talented midfielder Adam May gets the nod from Tom Palmer, LFE’s regional officer on the South coast.

May penned a professional deal with Pompey last summer after making his first team bow at the tail end of last season as a substitute in the Blues 1-0 home defeat to Bury. More recently May again featured from the bench in Portsmouth’s 2-2 draw at Ipswich in the Third Round of The FA Cup.

Palmer said, ”Adam is a stand out candidate. He is a talented young player who has worked hard on his apprenticeship.”

Sheffield Wednesday striker George, requires little introduction after hitting a double on his England Under-17 debut last month against Germany. The young forward has been in scintillating form for the Owls and has already featured for the Championship clubs Under-21 side.

Dean Ramsdale, the Wednesday academy manager, said, “George has produced some excellent performances already in his first season as an apprentice and has featured in our Under-18 and Under-21 teams. His call up for England U17s in the recent Algarve tournament shows his development has been noted by the Football Association. George has a professional attitude to his learning on the training ground and he also applies that attitude to the academic side of his apprenticeship.”

Comfortable as a defender or midfielder Jake is the son of former Wrexham hero Waynne Phillips. He makes The 11 after an eventful period that has included his recovery from a medial collateral ligament tear.

LFE’s regional officer Claire Wilberforce-Marsh said, “Jake is an amazing young man who has faced so much in the last few months. Since his return from injury he has captained the youth team and trained alongside the first team.”

“Jake leads by example. He has also completed in coaching certificate with flying colours and also ahead in his college work. Aside from football Jake has been offered a place at Salford University to study Sports Rehabilitation. Even If he receives a professional contract he is looking to defer for a year and start the course a year later, which is a sensible move.”