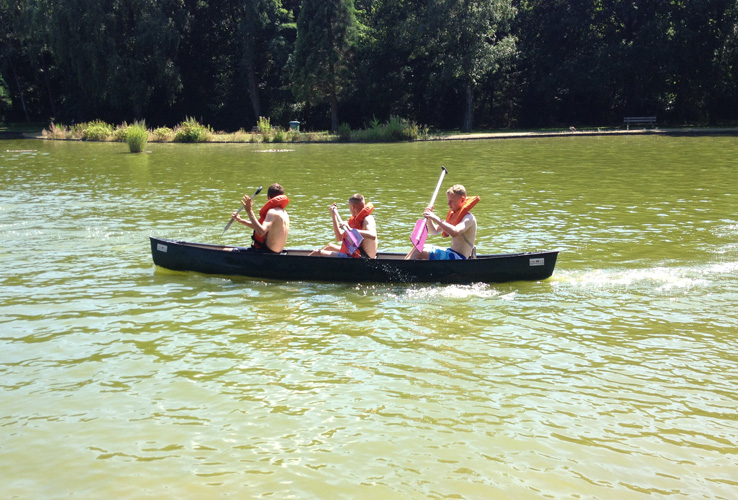 Thursday morning we woke up as normal for breakfast at 8.30am and made our way up to the training ground for a good technical morning session. The temperature yesterday increased and it was very different training in that kind of heat because we aren’t used to it back in England very often.

After the session and lunch we had a team bonding session which was great fun. The activity was canoeing in the lake at the hotel where we are staying at the minute. We played two games, the first where we had to get over to the other side of the lake and remember numbers as a team to fill in a soduko sheet, the second being a race. Although this was a great laugh with the lads it was also helping our team bonding skills which is great for us all.

This morning was a very early start as we left for training at 9am. This was a very light session as we have a hard game to compete in against Feyenoord so we worked on our shape and did a bit of possession.

The afternoon was very interesting as we rode bikes to a museum where we looked at objects and history about the world wars. We learned a lot of things at the museum including things like why the guns were black instead of shiny. This was so soldiers didn’t give their position away. In the evening we relaxed and had a sports quiz which was fun, and then got ready for an early night to prepare for the game tomorrow