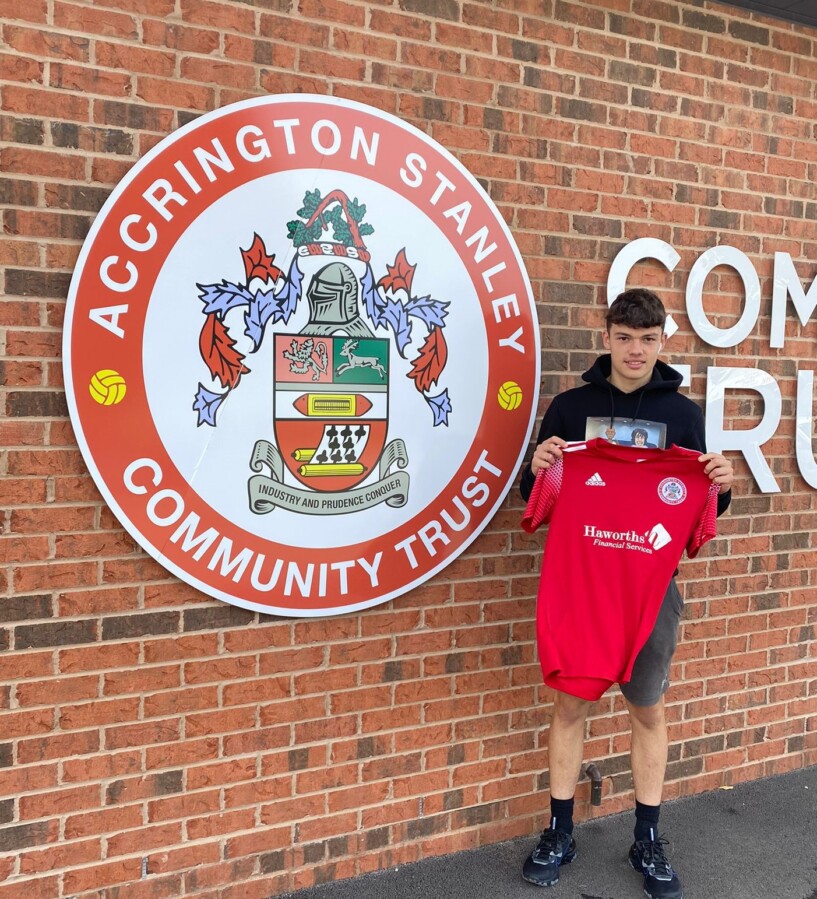 Jack impressed Under-18s boss John Miles during the training session earlier this month and has since been training with the team on a full-time basis. Jack, who is continuing to work through his studies with the Community Trust, made his first appearance at Under-18 level in a 3-2 friendly win against Preston North End and even managed to get himself on the scoresheet.

Discussing his performance, Miles told the club website that Jack has not looked out of place since stepping up.

“It’s not easy coming into this environment, as some of the lads have been in academy football for nearly 10 years. Jack has adapted to the demands very well and we have been impressed with what we have seen so far”, he said.

“To come in and make an impact in a game at this level is testament to Jack and his ability. He worked hard in the game, linked play well and got himself a well-deserved goal.”

Jack is currently in his first year of education with Accrington Stanley Community Trust, and before his trial with the youth team, played for the Academy Development Squad. The Accrington Stanley Football College is a full-time college programme run by the Community Trust. Students who attend complete full-time education, equivalent to three A-levels, train three times per week, and play league fixtures on Wednesdays.

The unique delivery, which combined education with athletic elements, gives students the opportunity to balance their academic and sporting ambitions.

“We set up our Academy Development Squad for this reason”, Head of Education Mark Whalley explains. “The programme is designed to bridge the gap between grassroots and academy football, and to potentially unearth hidden gems who may have been overlooked during their time playing local grassroots football.”

Since the inception of the Academy Development Squad, six players have had the opportunity to showcase their ability to Academy staff, two of whom have been offered extended trials.

Head of Academy Coaching Scott Rogers believes the partnership is a valuable one. “It’s important that we work closely with the Community Trust. We want to provide a platform for local youngsters to showcase their talent. Academy football can be brutal at times, and sometimes we miss out on grassroots players for one reason or another. The programme the Community Trust offer gives these players the chance to experience high-quality coaching and allows us to keep an eye on their development.” 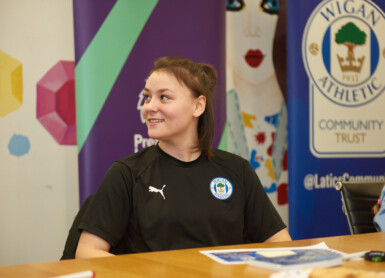 When Caitlyn Pearce attended Wigan’s Athletics’ Premier League Kicks weekly sessions back in 2019, she lacked the confidence to talk..