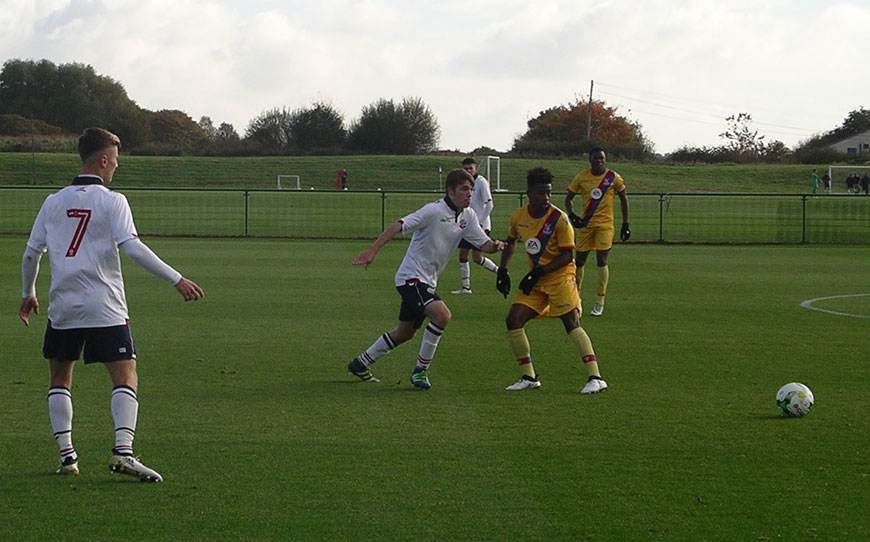 By Michael O’Gara: The Bolton Wanderers Under-18 coach Nicky Spooner has suggested that there is currently a North/South divide in the Professional Development League (PDL).

Spooner’s comments were delivered after he had watched his team defeat Crystal Palace, and Northern clubs had generally held sway over their Southern counterparts, in last weekend’s PDL fixtures.

Sheffield United and Crewe have led the way in the PDL this year. Wanderers themselves have faced three clubs from the capital this term, drawing away at QPR and defeating Millwall and Palace at home.

“The Northern teams are doing very well. They always seem to be taking points off the Southern teams,” said Spooner.

“It is tough up here, the kids will get stuck in at every single football club. You know you’re in for a battle.”

Last weekend, that battle against the Eagles was won when Wanderers uncharacteristically scored twice from headers to leave them in good shape ahead of a trip to Sheffield Wednesday.

“We started the season very well. We were unbeaten in seven then had two quick defeats,” Spooner said.

“It’s nice to get wins as we’ve had too many draws. Hopefully confidence will come from it and we can see that this weekend.”