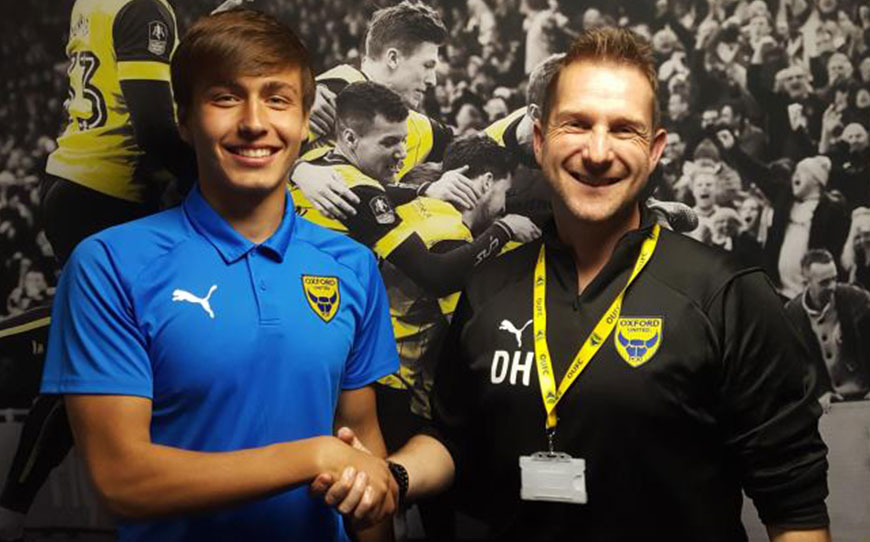 Oxford United have secured the future of striker Slavi Spasov, who has agreed to sign a three-year professional deal with the club once he turns 17 on 31 December.

The highly-rated first-year apprentice has already made an impact in the first-team, becoming Oxford’s youngest goalscorer in over 40 years after converting a penalty on his senior debut in the Checkatrade Trophy against Fulham Under-21s.

“It’s amazing how quickly things have happened,” Spasov told the club website. “My dream has been to become a professional footballer ever since I can remember and I want to thank everyone who has helped me get this far. I know how hard I have worked to get to this stage but I also know that the hard work really starts now.”

Manager Karl Robinson said: “It’s great news for us and I would like to mention the time and resources that Tiger and the board have put into Youth Development and the Academy at this club.

“It is all for the long term benefit of Oxford United and Slavi is an outstanding young man who fully deserves this opportunity. There are some fantastic young players coming through here and hopefully he is the first of many to make an impact.”

Dan Harris, Head of Academy, added: “Our aim here is not just to produce footballers but also to produce high quality young people, and Slavi is a talented player but also a great role model.

“He knows that he needs to keep working and improving but he has done so well and it is great for him to commit his long term future to the club. It is another very proud moment for everyone at the Oxford United Academy.”