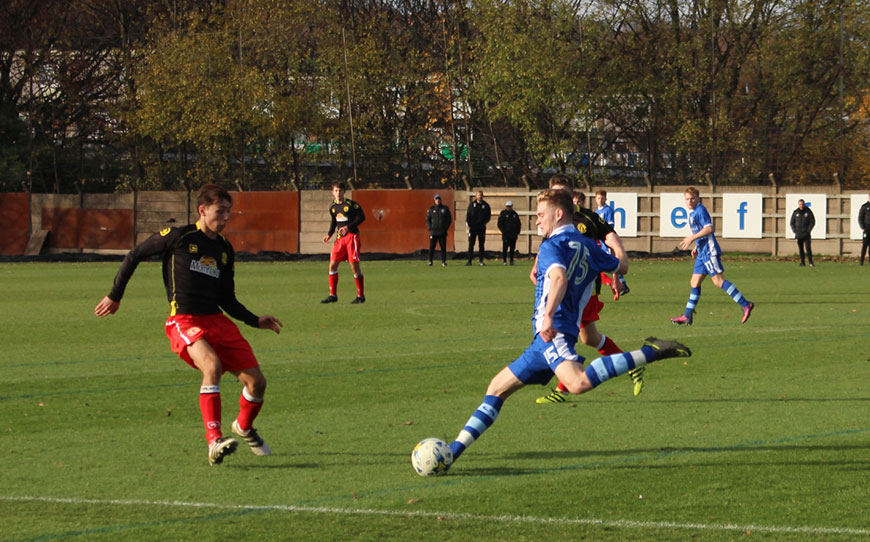 By Seb Gigner: Goals from Lewis Reilly and Owen Dale helped ten-man Crewe to an impressive 3-1 victory at Sheffield Wednesday on Saturday.

Two outstanding efforts from Reilly gave the Railwaymen a two goal lead, before Wednesday’s Fraser Preston halved the arrears with a spectacular effort.

However, a late strike from Dale – who was then dismissed for an altercation with home defender Joe West – sealed a pivotal victory for the away side.

The contest was lively from the outset and Dale went close in the 1th minute with a driven shot that missed the target by inches.

Moments later the away side were again on the offensive. Dale’s deflected cross landed fortuitously at the feet of Harry Pickering six yards from goal, but the striker blazed a hurried effort over the crossbar from close range.
Despite spirited first-half pressure from the Owls’ front pairing of Fraser Preston and George Hirst, it was Crewe that deservedly went ahead.

After Dale had been bundled to the ground by Wednesday’s Jack Lee narrowly outside the 18-yard box, Reilly stepped up and unleashed a thunderous free-kick into the top left corner past a helpless Dan Wallis.

Moments after the restart, Reilly doubled his and Crewe’s tally. He drove purposefully into the Wednesday penalty area and struck a fierce shot beyond Wallis.

Wednesday spurned a gilt-edged opportunity to halve the deficit, when Hirst deftly squared across goal into the path of Jordan Lonchar, who with the goal gaping, smashed his effort against the crossbar.

Wednesday though did recover a goal, in spectacular fashion. Preston picked-up possession of the ball 25-yards from goal, fainted past a couple of defenders and curled a delightful effort beyond the Alex keeper Scott Wardley.

Any hopes of drawing level were dashed though when Crewe grabbed their third goal in the 72nd minute, with Dale calmly picking his spot from close range.

The striker though received his marching orders shortly after and Wednesday were unable to capitalise on their numerical advantage.

“Crewe moved and passed the ball really well, second half we were better than in the first, but we conceded an early goal and then we miss an easy chance,” said Wednesday Academy boss Dean Ramsdale.

“We get ourselves back in the game at 2-1 but then concede another one, I thought Crewe deserved the win today.

“To improve, we need to not concede as many free-kicks, we’ve talked about it for a few weeks now. Our concentration is lacking a bit at times, and that’s happened again, and [Reilly] scores a terrific free-kick,” he added.