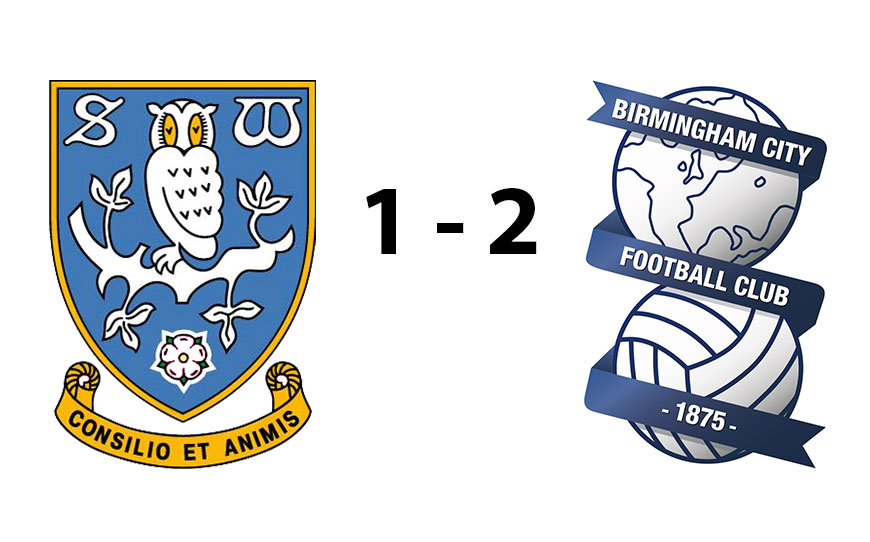 By Brad Jones: Birmingham City Under 18s stretched their unbeaten run to six games after midfielder Tommy Anderson’s brace inspired a second half revival to win 2-1 against Sheffield Wednesday Under 18s.

The Owls appeared to be in control during the first half following Alex Hunt’s opener, with Wednesday dominating in the central third of the pitch, restricting the visitors to long balls and turning defence into attack on many occasions.

However, their inability to convert key chances alongside a resolute Birmingham defence meant they came away with nothing and remain in second from bottom, while the Blues climbed three places to sixth in the Professional Development League North.

Wednesday took the lead on 15 minutes after a neat one-two on the left set Hunt free, who struck a right-footed effort into the net despite the efforts of Adam Siviter in the away team’s goal.

But from then on, the hosts could not beat the second-year apprentice keeper as he produced a triple-save midway through the first half, as well as a number of other great stops to hold the deficit to just one going into the break.

Discussing his side’s first-half display, Blues Under-18s coach Steve Spooner told LFE: “I thought we were awful, I thought we were lazy, we weren’t competitive. I told the players at half time, that first half performance isn’t a Birmingham City performance, we neglected the very things that we stand for; work ethic, dominating the ball.”

That team-talk seemed to resonate with the players as they rallied in the second half, with Anderson and LFE September Goal of the Month winner Caolan Boyd-Munce turning the tide by taking charge of the midfield battle.

And an equaliser soon arrived when an in-swinging corner led to a scramble in the area. The Owls defenders performed a couple of courageous blocks but were powerless to prevent Anderson from rifling another rebound home from close range.

The visitors were not content with being on terms and went in search of a winner, which came soon after from another set-piece as Joe Redmond’s header across goal at the far post put it on a plate for Anderson to nod home his second with 15 minutes left.

Despite Anderson’s double, it was the performance of Republic of Ireland Under-18 international Redmond that particularly impressed Spooner.

He said: “He was a catalyst for us, he was the only one in the first half who stood head and shoulders above the rest. He carried on leading by example and I was absolutely delighted.”