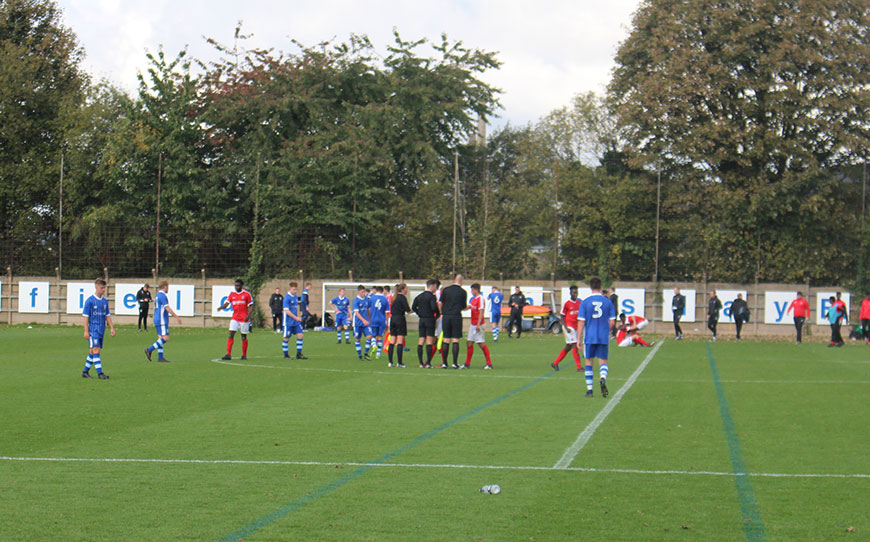 By Seb Gigner: An Alex Willis header fifteen minutes from time ensured that ten-man Charlton, overcome a “lethargic” Sheffield Wednesday U18 side at Middlewood Road on Saturday.

The Addicks who climbed to second in the PDL South, had defender Sam Nwosu dismissed after 35 minutes but it mattered not as they stole all three points thanks to Willis’s header.

All that after Wednesday had started on the front foot with England forward, George Hirst only prevented from opening the scoring early in the first half by a fine save from Palace keeper Ashley Maynard-Brewer.

The Owls pressed forward throughout the opening 45 minutes. Jordan Lonchar threatened down the right while a Fraser Preston free-kick was a whisker over the bar.

When Hirst was upended by Nwosu in the 35th minute the advantage was firmly with the home team.

In fact when the half-time whistle sounded with it was hard to imagine anything but a victory for Wednesday.

Lonchar twice went close to breaking the deadlock but after soaking-up everything the hosts could throw at them, Charlton struck back in devastating fashion.

Albie Morgan floated a free kick to the far post and Willis rose the highest to cannon a header off the cross bar and into the back of the net.

Clearly stunned, Wednesday nearly conceded a second immediately after, when Alex Doughty drove into the box before seeing his strike saved by Dan Wallis in the Owls goal.

A tenacious defensive performance in the final fifteen minutes sealed victory for the visitors and left the Wednesday coach Paul Murray to criticise his team’s efforts.

“We struggled against two banks of four and were very lethargic overall,” Murray said.

“There was no energy, no desire and we didn’t deserve to win the game.”