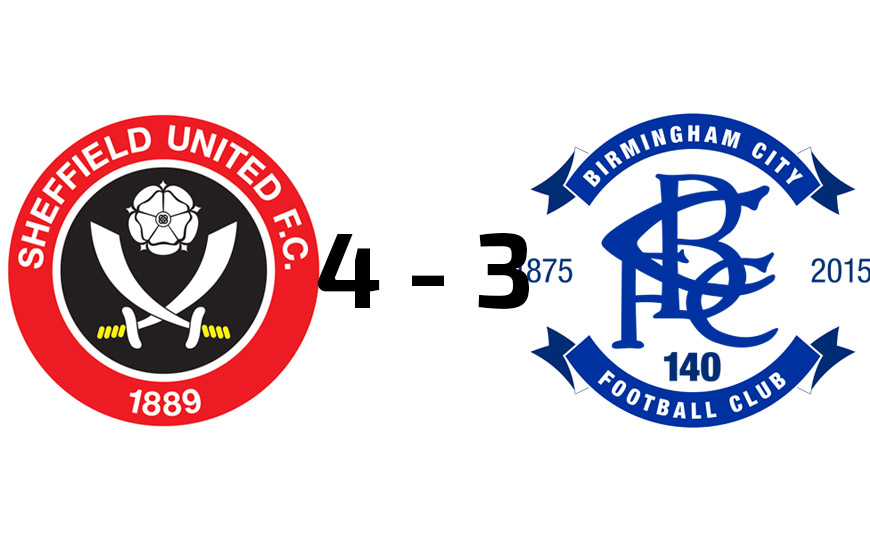 By Arif Ahmed: Sheffield United’s U18s held off a Birmingham City fightback to leapfrog their opponents and move up to second in the Professional Development League Two North.

Despite long periods without the ball the hosts were compact and restricted Birmingham’s opportunities to score.

The home team started on the offensive and took an early lead when Hall converted a penalty that had been won by Irish midfielder Stephen Mallon. Callum Semple thought he had doubled the home side’s advantage minutes later as he rose highest from a corner but he saw his header cannon back off the post.

Birmingham immediately punished the hosts. Khaellem Bailey cut in off the right flank and shot low past the United keeper at the near post. The Blades responded strongly. Pressing high up the pitch they forced an error from Blues keeper Max Beardsmore and Crofts picked out Hallam to restore their advantage,

Crofts then doubled that lead moments after the second half had restarted. He brilliantly controlled a high ball and turned away from a Birmingham defender to curl the ball into the bottom corner.

Birmingham marksman Ronan Hale provided the visitors with fresh hope though and registered his 10th goal in three games in the process but Manny Adebowale got a toe on the end of Connor Hall’s flick to give the Blades a two goal cushion as the game entered its final stages and mean that O’Keefe’s late effort proved academic.

The Blades Under-18s coach Travis Binnion said: “I thought we played really well. The score line didn’t reflect our dominance and performance but that’s part of the learning curve for the development of the players.”

“We are here for one thing, to produce players for the first team. The boys showed real character under pressure. When there is 20,000 inside Brammal Lane week in week out they have to be used to that sort of pressure.”