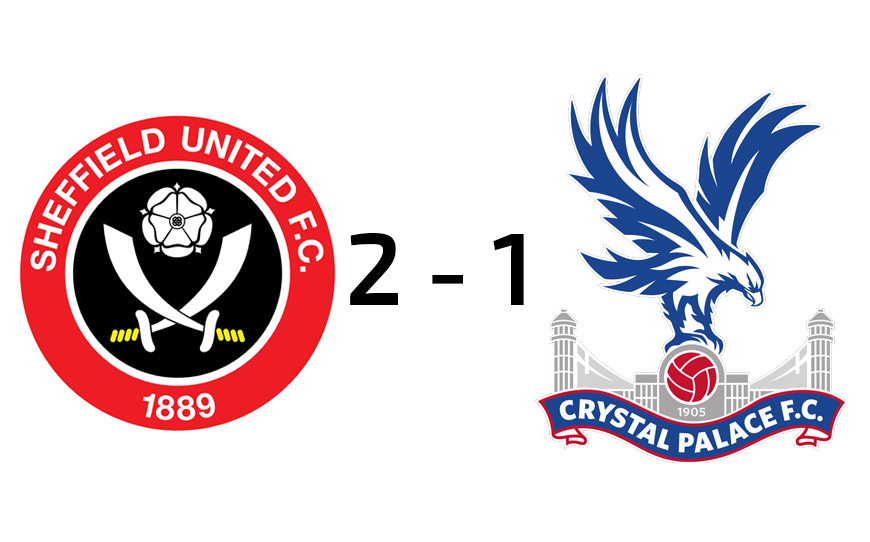 By Seb Gigner: A second-half brace from Jordan Hallam maintained Sheffield United’s firm grip at the top of the PDL North as they secured a 2-1 victory over Crystal Palace on Saturday.

Hallam coolly dispatched a penalty and then doubled his tally up with a sensational strike moments later. The Blades then held firm after Jordan Serrato had reduced the arrears to remain seven points clear of rivals Sheffield Wednesday at the top of the division.

The contest sparked into life after 10 minutes, with a fierce strike from the edge of the box by Hallam stinging the fingers of the outstretched Matt Funnell in the Eagles goal.

Despite relentless attacking pressure from the Blades, the scores remained level at the interval with Funnell doing well to prevent David Parkhouse from scoring just before the break.

However, United stormed out of the blocks in the second period and hit the front in the 49th minute, when Hallam was fouled in the Palace penalty area. The forward stepped up and slotted his penalty home to put the Blades ahead.
Hallam doubled his tally and United’s lead moments later, swivelling in the box to unleash a thunderous effort past Funnell into the top right corner.

Palace battled back late on though, with Serrato deftly bringing them back within a goal of the hosts. The visitors applied late pressure as they searched for an equaliser but the Blades held them off to register their 15th win from 23 outings.

“We did well in patches, but it wasn’t our most explosive performance of the season, said the Sheffield United coach, Derek Geary

“At times we lacked intensity which was disappointing, and at half-time I asked the lads to up the tempo of the game and the quickness of their play.

“I’m happy we found a way to win the game, but there were certain aspects of our play that I was disappointed in. We just need to get back to what we’re good at, playing quickly with a high-intensity. The biggest plus at the minute is that we’re still winning games even though we’re not playing to our maximum level.”

Despite their defeat, Geary’s opposite number Paddy McCarthy lauded his player’s performance.

“I was really pleased, Sheffield United are a strong outfit, we stood up to the test and played some really nice football,” McCarthy said.

“After going two goals down we showed a lot of resilience to get back into the game. I was really proud of the players today.We want to focus on forming a good, solid defensive structure, and we’ll continue to work on that. Another aspect is the players’ mentality, showcasing that resilience if they want to have a good career and longevity in the game so they’ve got to keep working hard.”