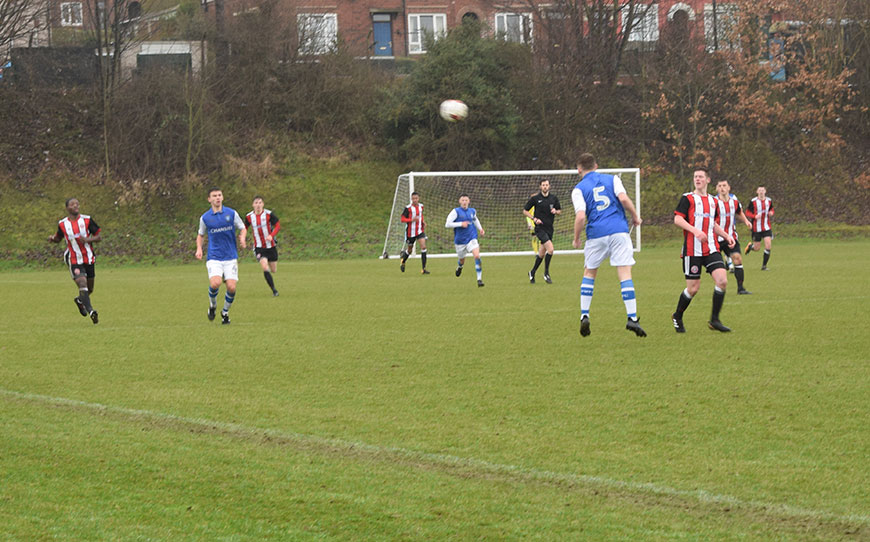 By Joe Harris: Sheffield Wednesday Under-18s came from behind to claim the local bragging rights on derby day with a 3-1 victory over bitter rivals Sheffield United Under-18s.

Alex Hunt’s free-kick was the pick of the goals for the Owls, while Ben Hughes bagged a brace to secure their fourth win in a row, with Sam Graham provided mere consolation for the Blades.

United Under-18s manager Derek Geary admitted his squad was thin heading into the match but it did not seem to affect the team early on as they saw off strikes from Jordan Lonchar and Conor Grant before breaking the deadlock through captain Graham, who rose highest to meet a George Broadbent set-piece and nodded past keeper Joe Walker.

However, Wednesday responded well and particularly threatened from wide areas, with right-back Joshua Dawodu drilling two balls across the face of goals that somehow evaded the attackers.

The Owls beat Hull City 8-0 in their previous fixture and it was only a matter of time when they restored parity as Hughes converted Joe West’s cross, leaving keeper Marcus Dewhurst helpless.

Although the teams went into half-time on terms, the visitors appeared most likely to push in front and almost did so shortly after the restart when Jordan O’Brien tried his luck following some neat play outside the area, but just failed to squeeze his effort inside the post.

The sustained pressure paid off soon after, however, after Hunt perfectly placed a free-kick from the edge of the area over the wall and into the top corner to complete the turnaround.

Substitute Donae Lawrence provided some much needed impetus for the Blades, but the hosts were unable to create a clear-cut opening and the result was sealed by Hughes’ second of the game.

O’Brien ran through the defence unchallenged and had just the keeper to beat before unselfishly squaring the ball across to Hughes, who netted a simple tap-in to condemn the Blades to their seventh league defeat in eight matches.

Geary told LFE: “We’ve been missing a few key players as of late and had a young team out today, but I thought they did well. For a lot of them it is their first taste of a derby game and they coped well but I think to be fair Wednesday did enough to win the game.

“We want to get a lot of our Under-16s to get a taste of youth team football and play in big matches like this so they can get the full experience now rather than next year, so it is a learning curve for them as well.”