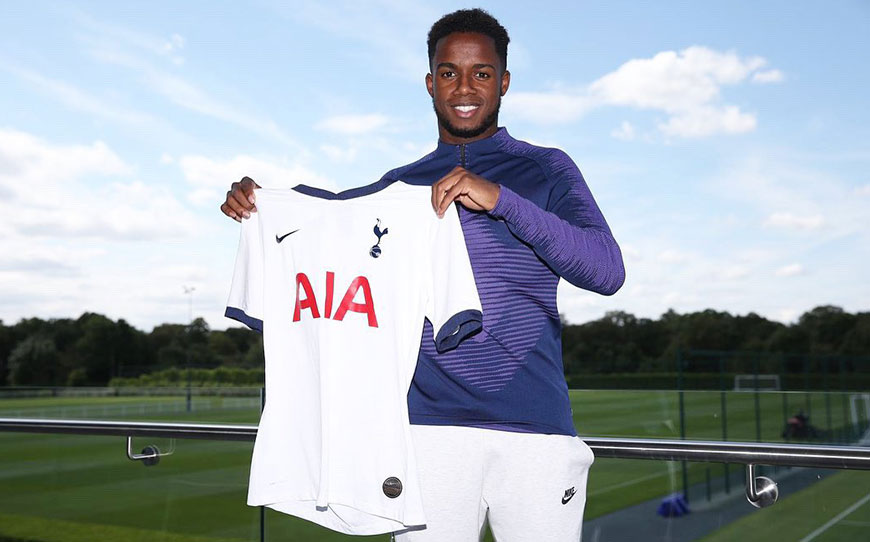 Ryan Sessegnon has added another achievement to his incredible list of feats by joining Champions League runners-up Tottenham Hotspur from Fulham for a £25million fee, agreeing a deal until 2025.

The 19-year-old was a revelation for his boyhood club, amassing 82 first-team appearances as an apprentice before earning 35 outings in the Premier League last season.

He was also the first ever player outside the top-flight to be nominated for PFA Young Player of the Year having led Fulham to promotion from the Championship via the play-offs, providing the assist for the only goal of the game against Aston Villa at Wembley.

And the left-sided starlet has taken his exploits onto the international scene, winning the 2017 European Under-19 Championship – being named Player of the Tournament in the process – and already racking up 10 caps for the Under-21s.

Sessegnon told Tottenham’s website: “I can’t wait to get out there and play at the new stadium. I’ve seen pictures, but I’ve not been there yet. I’m so excited to go and see it. The first time I step out there will be crazy.

“It’s the right time for me to come here, a young, eager team, an exciting team for me to join. This team is not far off winning big things in the future.

“The intensity of the way Tottenham play, the energy you can see on the field, the style of play is fantastic, the new stadium, Champions League football… for a young player, it’s all exciting. It would be silly not to join a club like this.

“I want to learn what it means to play for Tottenham, the honour of the club. I’ll work hard to try to earn my spot and hopefully get some minutes under my belt.”