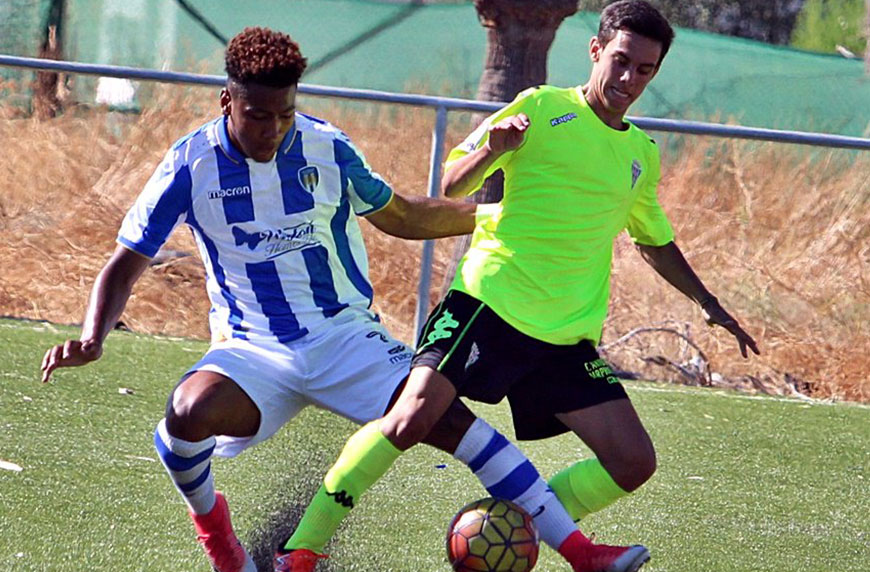 The four academy teams out in Spain were back in match action for their second round of fixtures, with the games producing two wins and two losses for our English clubs.

Here’s an overview of how they got on:

AFC Wimbledon bounced back from the defeat to CD Leganes in their opening fixture of the LFE trip by edging a tight encounter with AD Alcorcon thanks to Tyler Burey’s first-half strike.

The young Dons could have taken the lead just before the half-hour mark when Great Evans worked himself into space around the area, but he drilled a half-volley straight at the keeper.

The tourists did break the deadlock eight minutes before half-time when Burey was left unmarked and netted from close range.

And they were able to hold on comfortably in a fairly uneventful second-half to record their first win on Spanish soil.

Goals from Noah Chilvers and Max Maughn ensured Colchester maintained their 100 per cent record in Spain as they produced a 2-1 victory over Cordoba.

It was a tightly contested first 45 minutes as both sides succeeded in cancelling each other out, with Callum Jones coming closest to a goal with a shot from range.

However, the game quickly burst into life after the break after good work from Maughn created an opening for Chilvers, who made no mistake for his second goal of the trip.

Moments later, The U’s doubled their advantage when Maughn ghosted into the area and tapped home, but a slip in concentrate allowed an immediate reply from the Spaniards got one back to set up a nervy final half an hour, which Colchester successfully survived.

A young Huddersfield team mostly made up of first-year scholars suffered their second successive defeat in Spain with a heavy defeat to Cadiz CF.

The hosts took just 11 minutes to take the lead and effectively killed the game off 10 minutes before the break after two goals in three minutes stretched their advantage to three.

Cadiz continued to pile on the misery and were 5-0 up after an hour, but the Terriers youngsters showed great resilience to prevent any further damage during the remaining 30 minutes.

Following an emphatic 4-1 win against Rayo Majadahonda in their opening fixture, QPR were brought back down to earth with a 2-0 reversal against Rayo Vallecano.

Rangers were punished for two lapses in concentration in the early stages as they found themselves 2-0 down inside 15 minutes.

The visitors reacted positively and gained a foothold in the game, but were unable to create enough goalscoring opportunities to reduce the deficit.

Luck evaded them with 20 minutes to play when Jardel Francis-Adeyinka – hat-trick hero in the previous game – unleashed a powerful shot that cannoned against the bar and away to safety as the R’s failed to find a way to get on the scoresheet.