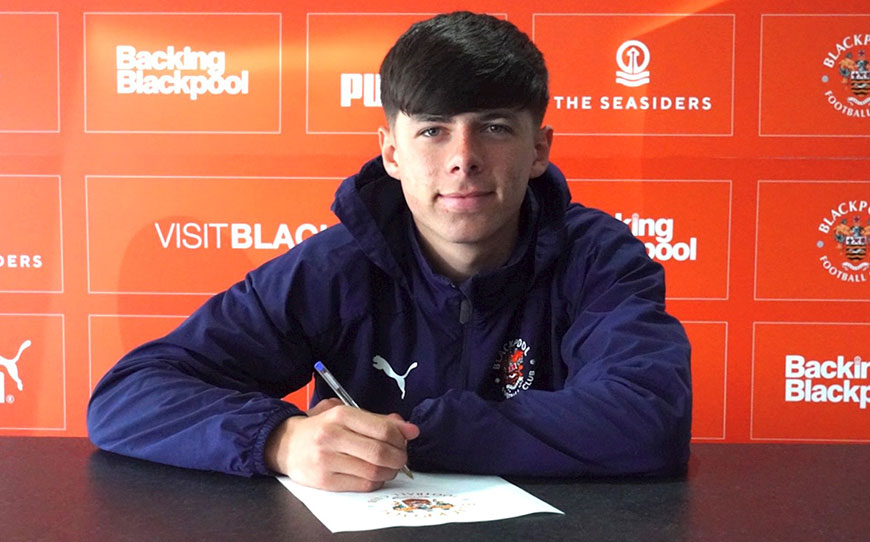 The 17-year-old has been an influential performer for the club’s Under-18s, scoring three goals and providing four assists in 26 appearances this season.

Midfielder Mariette has been named on the bench for first-team fixtures against Brighton & Hove Albion and Wigan Athletic, while he recently made his international debut for Wales Under-18s against England.

“I’m over the moon,” he told the club website. “I’ve been working hard this season to get a professional deal and it’s come early. It’s been a good season for the youth team and I’ve started regularly, as well as training with the first-team a couple of times and been involved on the bench.”

Ciaran Donnelly, Academy Director, said: “Luke has had an excellent season. As a first-year scholar he has adapted to full-time football in a positive manner and his performances for the Under-18s have been really encouraging. He has also been given a number of opportunities to be around the first-team squad, which have had a positive impact.

“Luke is a respectful young man and he is well deserving of his recent international call up. We’re all looking forward to continuing our work with Luke. The future is promising for him.”