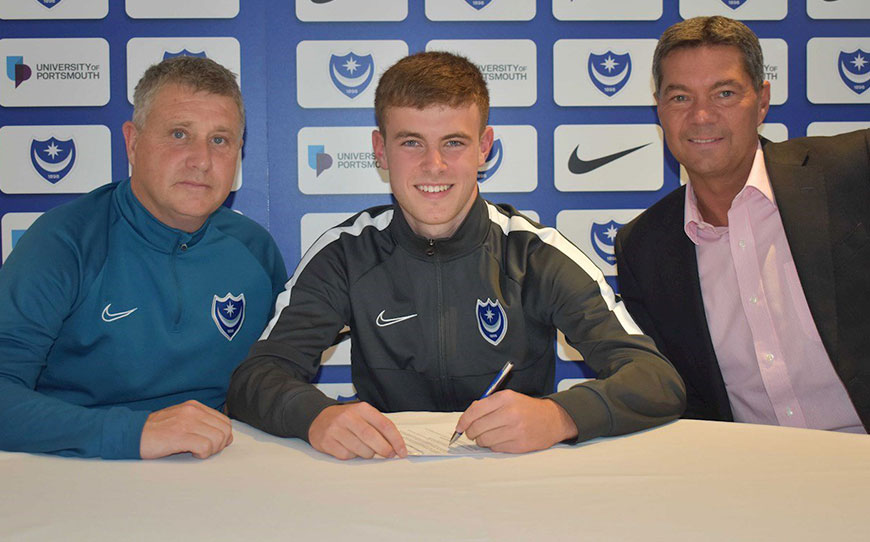 Portsmouth first-year apprentice Harvey Rew has signed his first professional contract just a week after turning 17 having agreed a two-year deal with the option of a further 12 months.

The highly-rated defender, who can also play in midfield, has represented Wales at Under-16 and Under-17 level and could potentially be in line for his first senior involvement during Pompey’s final Leasing.com Trophy group game at Oxford United next week.

Academy manager Mark Kelly told the club website: “Harvey has shown plenty of promise, with some really consistent performances at academy and international level. Harvey is a Pompey boy and really wants to play for this club.

“This contract is well deserved, but there’s still a long way for him to go and this is simply the next step on the footballing ladder. Other sides have been looking at him, but Harvey is a Pompey boy and really wants to play for this club.”