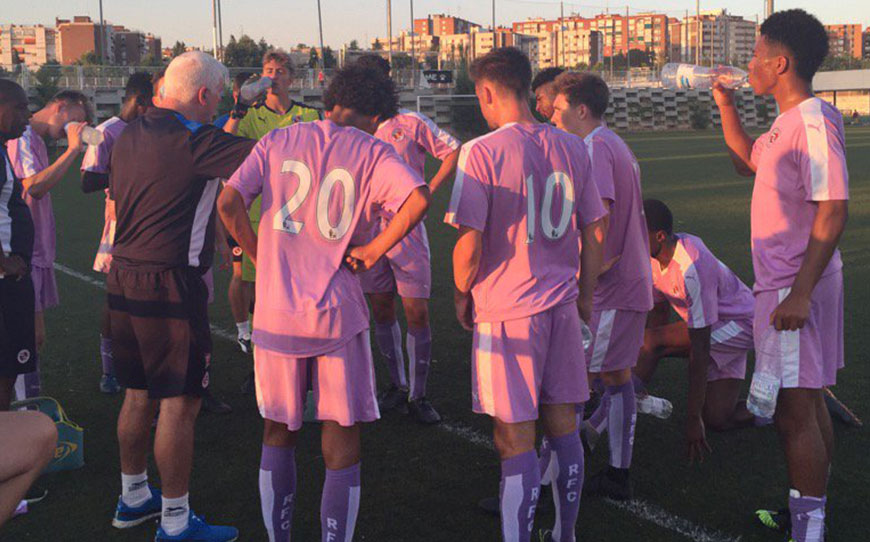 Reading Under-18s coach David Dodds has expressed his delight with the standard of his team’s LFE trip to Spain.

The Royals are coming to the end of their two-week stay and face AD Unión Adarve later today in their last fixture of the tour.

“Since we’ve been here, everything’s been fantastic,” he told LFE. “The staff couldn’t do more, the standard of opposition has been outstanding, the training facilities are as good as anything in our country and it’s been fantastic and a real good mix.”

Reading bounced back from a narrow 1-0 loss to Atlético Madrid with a convincing 3-0 win against Rayo Vallecano yesterday, but Dodds was pleased with his side’s opening display, despite suffering defeat.

“The performance against Atlético Madrid was very good I thought,” he said.

“They had a strong team out with several internationals and a couple of boys who have trained with the first-team. So if you looked at the performance levels in that game, they were very high.”

To hear the full interview, click the link below: