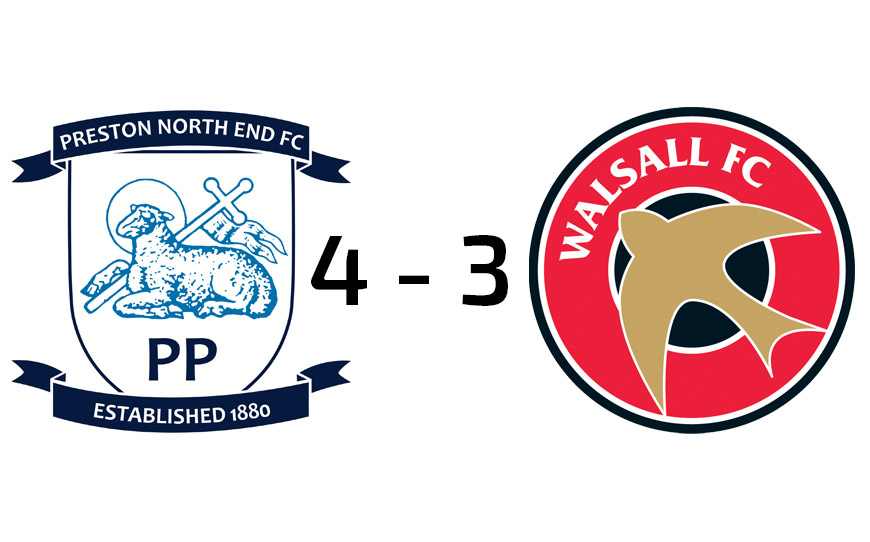 Harry Garstang and Melle Meulensteen strikes were cancelled out by two Mitchell Candlin efforts before Tobias Hayles-Docherty’s deflected drive put the Saddlers ahead at the break.

However, a strong period midway through the second-half from Lilywhites saw them come out on top, with Meulensteen’s penalty and Myles Mason’s close-range finish completing the turnaround.

Garstang put the hosts ahead inside 50 seconds after Mike Howard won it back advanced on the left and set up the strike to finish low into the far right corner.

That was soon cancelled out when Candlin forced in a sixth minute equaliser from minimal distance after Callum Roberts did well to save his initial effort.

Candlin had the ball in the net for a second time midway through the half with a stunning effort from range, but had his strike disallowed for a foul in the build-up.

That allowed Meulensteen to take the plaudits and put his side ahead with a wonderful chip on 33 minutes, dinking over Saddlers ‘keeper Brandon Ganley from outside the box and into the top left corner.

Walsall replied quickly again, however, as Candlin coolly tucked a penalty into the bottom right corner after tangling with Roberts in the area.

Hayles-Docherty put the visitors into the lead for the first-time with three minutes of the half remaining, as his drive found the bottom corner thanks to a deflection.

Fewer chances followed after the interval until Meulensteen’s 70th minute penalty – also finding the bottom right corner in confident fashion – brought the game back to life.

Walsall gave their all to get the equaliser in the final ten minutes and hit the crossbar with one header, but were unable to breach the home defence for a fourth time.

The defeat leaves the Saddlers seven points behind leaders Blackpool with one game in hand and a total of five matches remaining, while Preston sit ninth with three matches left to play.

Preston North End manager Nick Harrison commended the determination of his players to come from behind to win.

“I think they’ve done that all season really.” Harrison said of his side’s determination to get a result.

“In some games, we’ve managed to draw because of that and that’s why we have drawn so many games this season.

“I think they’ve shown great character to come from behind and get the equaliser at 3-3 and then get the winning goal.”