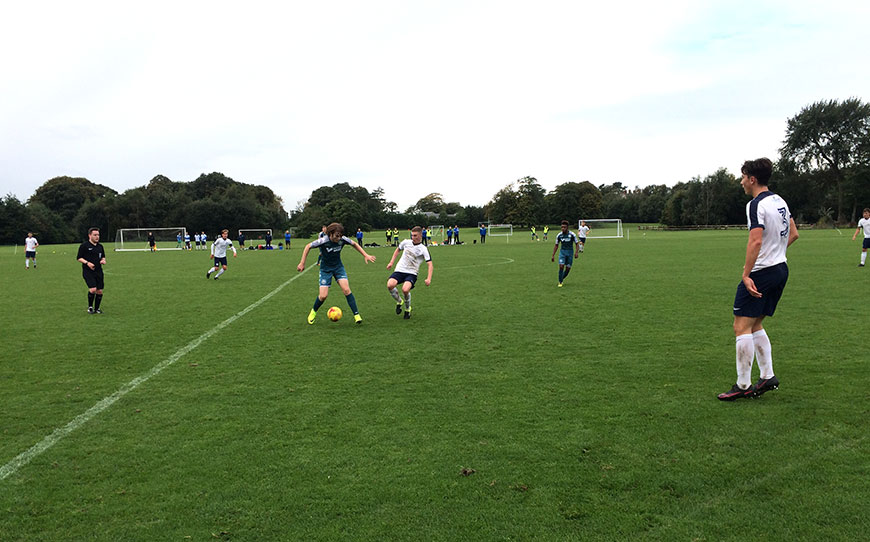 By Matthew Brown: Preston North End U18s earned a fourth draw from seven league matches as they were held 1-1 at home by Wigan Athletic U18 on Saturday morning.

The home side took the lead through Jack Burgoyne’s header but the Latics equalised a minute later through Mwiya Malumo.

Preston went ahead after both sides had created chances in the opening stages, as Burgoyne headed in Melle Meulensteen’s free-kick in the 13th minute.

The visitors scored straight after the restart, though, as Malumo raced past a several North End players before slotting his shot into the bottom right corner from inside the area.

Kian Smart and Alex Wood had efforts saved in the following minutes before Wigan’s Shane Donaghey scored from his own half with a quick free-kick – only for it to be disallowed.

Will McGuffie’s overhead kick was well saved by North End goalkeeper Callum Roberts before Akwasi Kwateng headed just over for the home side seconds before the half-time whistle.

Wigan went close to breaking the stalemate in the 69th minute as Randell touched a good cross from the left into the goalkeeper’s hands. The Latics’ goalscorer, Malumo then struck an effort wide when he should have at least hit the target.

The hosts regrouped and responded though and looked more likely to grab a winner in the closing stages, as Smart and O’Neil threatened before Harry Garstang glanced a header wide from a last minute cross.

The game ended level but Preston boss Nick Harrison was pleased with his team’s performance: “I thought it was a really good local derby game with both teams attacking.

“It was an excellent performance from our group and I thought we shaded the game, especially in the second half when we dominated and created more chances.

“I was really pleased with each and every player’s performance, and as a team they worked hard both when they were going forward and from a defensive point of view as well.

We deserved to win and we were better, especially later on in the second half when we had more chances. We should have won the game with the number of chances that we had.”

Wigan’s U18 coach, Nick Chadwick, was happy to get back on the coach with a well-earned point and insisted that was a fair outcome. “It was a good challenge for our lads and there was some good football played. It was probably a fair result in the end.

“We were the better team in the first half. We passed the ball quite well and dealt with the challenge we faced from Preston.

??“In the second half we probably got too deep, we didn’t pass the ball as well and it became a bit more of a physical battle, so Preston probably edged the second half – we just didn’t impose our style of play on them enough.

“Either team could have nicked a goal but I’m happy with the way our lads worked.”