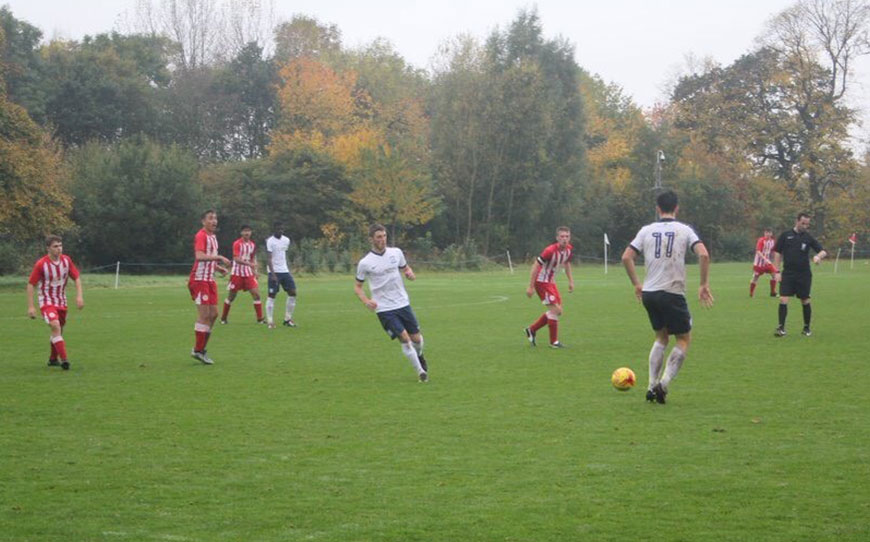 By Matthew Brown: A last gasp goal from Akwasi Kwateng denied Accrington Stanley U18s another victory on the road at nearby Preston in the North West Youth Alliance on Saturday.

Stanley’s youngsters who went ahead in the 68th minute following Joe Rathbone’s header maintained their unbeaten start to the season and trail leaders Walsall by just two points with a game in hand.

Preston who are yet to win a game this season enjoyed plenty of possession in the first half but neither side created a clear chance until home goalkeeper Callum Roberts made a good save to deny Tom Reilly at his near post in the 23rd-minute.

Harry Blackburn then went close for the away side as he hooked a volley wide inside the box less than ten minutes later, and the visiting forward was denied again from his back-heel shortly before half time.

The home team regrouped and Joel Mills headed wide from a free-kick seconds later before Harry Garstang shot wide inside the penalty area on the stroke of half time.

North End created more soon after the break, with Ki Smart and Melle Meulensteen forcing saves from Accrington goalkeeper Jack Little, but it was Oscar O’Neil who went closest with a thunderous shot from the edge of the box which hit the crossbar on 48 minutes.

However, Accrington went ahead in the 68th minute when Joe Rathbone headed in from a left wing cross near the six-yard box.

The Lilywhites pressed for an equaliser and almost pulled one back through Tom Stead and a blocked Kwateng volley in the final moments before he levelled matters in the third minute of added on time, seconds before the final whistle.

North End Academy boss Nick Harrison was pleased his team fought until the death and said: “Yet again the players have shown good character like we have in other games to come back and salvage a point.

“I felt that, for a neutral, the game was a good one to watch – both teams had a good go. I think we had a lot more possession than Accrington but that’s not how you win games, you win by putting the ball in the back of the net.

“If we had just played with a bit more intensity and been at it a little bit more, especially in the final third, we could have maybe scored more.”

Accrington manager Paul Lodge added: “We were always confident that we were going to score, but we understood that they were dangerous in the wide areas as well so we would have had to defend well.

“I thought we looked so dangerous on the counter attack and that’s why I told the lads that we would score today, it was just a question of whether we could keep them out.

“We defended really well but we just allowed maybe one too many crosses into the box, which is maybe down to the system we play.”