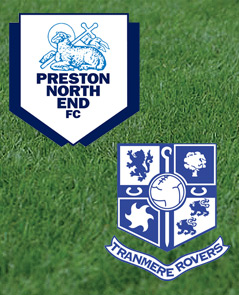 Fresh from their appearance on the BBC’s North West Tonight show last week, Tranmere Rovers U18s travelled to league leaders Preston North End on Saturday and came away with all three points after a 3-2 win in the Youth Alliance.

Rovers started the match brightly and were in control of the game when Max Power opened the scoring. The Rovers midfielder firing past North End keeper Dominic Comrie from inside the area on 27 minutes after a mix up in the home defence.

Tranmere doubled their advantage on 53 minutes when Jack Mackreth latched onto a through ball and chipped Comrie as he went to ground, and when Jay Gibbs added a third on 63 minutes the visitors were in complete control.

However, North End were given a lifeline when Jamie Proctor slotted home on 73 minutes and when midfielder Power was shown a straight red card moments later it appeared that Rovers were pressing the self destruct button.

Proctor pulled back a second for North End on 85 minutes but Tranmere’s resolve held firm to secure a deserved victory.

“I’m disappointed about the performance but fair play to Tranmere, they were the best side we’ve played all season and thoroughly deserved the victory.”

“We went a bit direct to try and get ourselves back in the game, which isn’t my way of playing. We probably should have nicked something but in the whole picture of the game we didn’t deserve it.”

“If we had a victory today it would have masked over a lot of things that were wrong.”