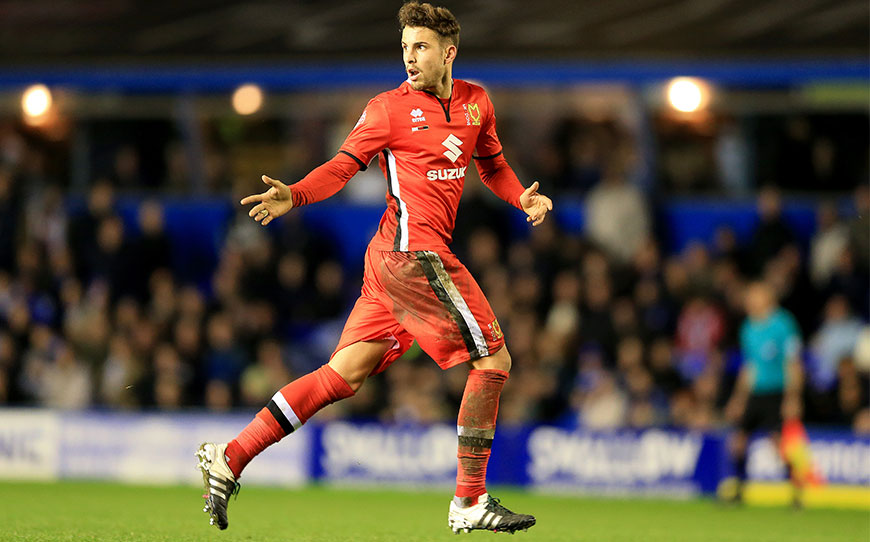 Charlton Athletic have re-signed Diego Poyet on loan after the midfielder was recalled from a loan spell at MK Dons by parent club West Ham.

Poyet came through Charlton’s academy, completing his apprenticeship at the club in 2013 but he left The Valley in the summer of 2014 to move to the Boleyn Ground.

The 20-year-old made 20 appearances for MK Dons after joining in August but only started two games last month.

He will remain with the south-east London club until the end of the season and is eligible to play in the FA Cup.

“He’s a player who is not afraid on the ball and, although he is very young, he has played a lot of games in the Championship already.

“Everyone in the building is so happy to see him back.”

Poyet, has represented England and Uruguay at youth international level and made 23 appearances for Charlton in 2013-14 en-route to being voted as the club’s player of the year by supporters.

He has made 10 appearances for the Hammers and featured in the Europa League this season before joining MK Dons in August.