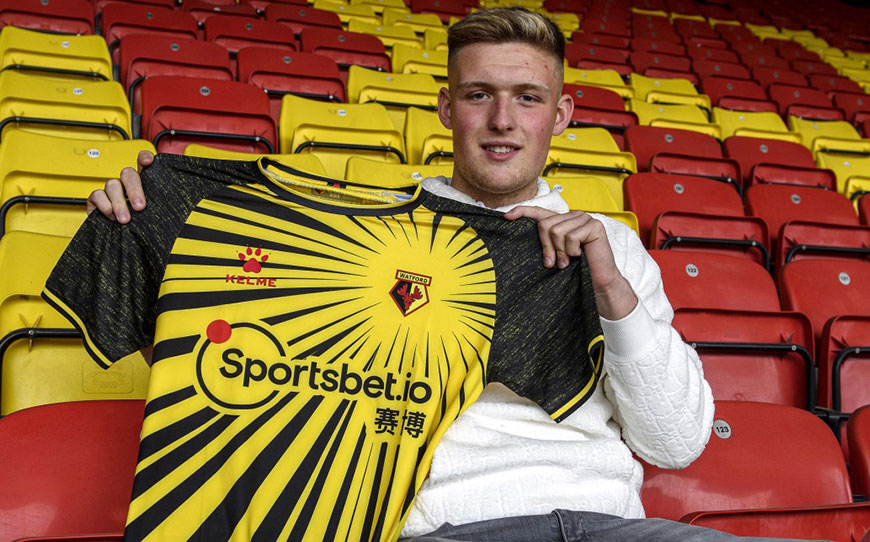 Grimsby Town academy graduate Mattie Pollock has swapped the prospect of National League football for the Premier League with newly-promoted Watford, who have paid an initial fee of £250,000 for his services.

The 19-year-old emerged onto the first-team scene shortly after starting his apprenticeship, debuting in Sky Bet League Two in December 2018 before signing his first professional contract two months later.

Central defender Pollock, who was named in LFE’s ‘The 11’ in February 2018, established himself as a regular contributor during his second year, making 27 appearances in all competitions, while he added 29 more outings in 2020-21 to take his overall tally to 58.

Despite showing enormous potential during his time with the Mariners, Pollock was unable to prevent the team dropping out of the EFL as they finished bottom of League Two, although he now links up with a Watford side preparing for their return to the top flight following their automatic promotion at the first time of asking.

“It’s a dream to sign for a Premier League club, so I’m very proud of myself,” Pollock told Watford’s website. “It’s a great day for myself and my family and I just can’t wait to get going. It’s a good platform for me to improve my game massively.

“Playing in front of fans at Grimsby was quality so I can only imagine what the fans here will be like. The stadium’s unreal and I can’t wait to get out there and show them what I can do.

“Unfortunately, this season has been a difficult one for Grimsby, but it’s been a learning curve. I don’t want to go through that again but I’ve learned how to play under pressure at the bottom of the league. I’ve learned how to step up and lead at a young age and be one of the main voices.

“If you speak to people, they’d probably say I’m a bit of an old-fashioned defender, but I think the higher level suits me. I was a midfielder until Under-16 level and I do think I can pass the ball well, so although I am a big centre-half who likes to get his head on stuff, I do believe I’ve got the other side to show as well.

“I’m not coming here to sit around. I want to be playing and I want to push myself as far as I can. I want to show people what I can do and I’m ready to earn my place and start games.”