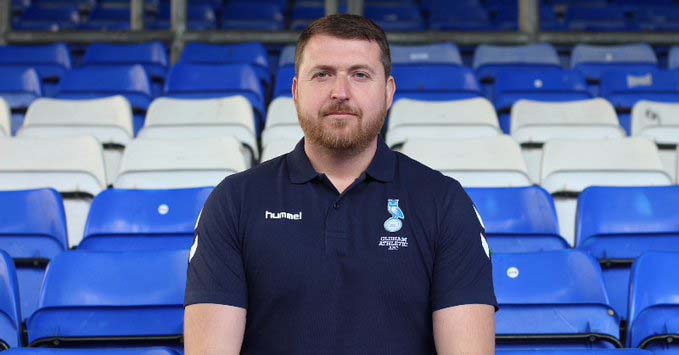 Following the departure of Selim Benachour, League Two outfit Oldham Athletic have announced that Louis Dean will succeed him as the new Youth Team Manager.

Dean joins The Latics after occupying the role of Head of Youth Development/Academy at Cray Valley Paper Mills.

Speaking to the club website, Dean outlined his vision for the Under-18s, saying; “It’s been fantastic so far, the staff and the players have been really accommodating. They’re working extremely hard, buying into our style of play and our philosophy.

“Ultimately, my main aim is to make the players better, we’ve already got a really good group at the club, but if we can start feeding through a couple of lads into the first team environment then that’s the target.

“I know that it’s a bit difficult at the moment, but we’ve got a couple of lads that have been training with the first team and they’ve been holding their own, so if we can continue to do that, then we’re doing our jobs.

“Any opportunities that the fans have to come and support the lads whether that’s an away game or a match at Chapel Road, it’d be really appreciated, and hopefully, they’ll come and look at some of our future stars.”

The Club thanked Selim Benachour for his service to the Academy and wished him all the best in his new role as Assistant Coach for the Tunisian national team.