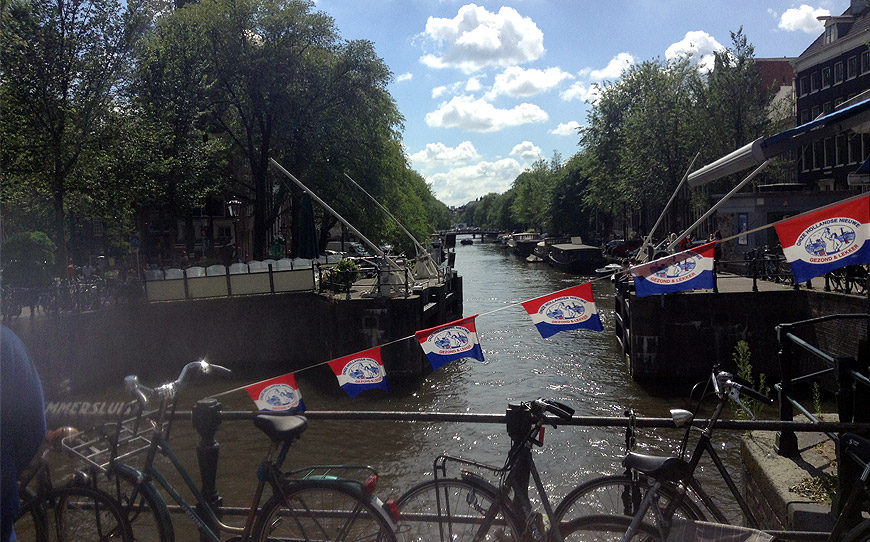 The second week was drawing to a close and the lads could see the end was nigh.

But the hard work continued as we travelled to Ado Den Haag’s training ground for a double training session with one of their coaches. Coaching was focused on possession-based training drills. It was another beneficial experience to have a session led by a Dutch coach as we were exposed to a different style of play, helping to improve our game as a team and individuals.

Afterwards, we had lunch at their stadium, which holds a capacity crowd of 15,000 around a 4G pitch. It’s an impressive sight and we imagine the atmosphere would be very hostile when full.

The next day we had a lighter session in preparation for a tournament at the weekend. We were to be taking on Volendam and Almere City in a stadium near Amsterdam. The tournament involved three teams playing each other twice in 30-minute games. Although we expected stern opposition, we hoped to win and play good football in a bid to conclude our trip on a high.

Unfortunately, that wasn’t to be. Despite starting the competition well, topping the table after the first round of fixtures with a win and a draw, we dropped off in the final two games.

Two very disappointing defeats left us third of three teams, which wasn’t where we aimed to be. We seemed to tire towards the end, but the day was a great experience and we will benefit from facing the testing teams we’ve played throughout the trip.

The trip has been very successful for us as a team and we have enjoyed it a lot, experiencing a different culture and different styles of play which we wouldn’t have encountered in England.

Finally, on behalf of all the players, I would like to thank LFE for this opportunity. We thoroughly enjoyed our time here!