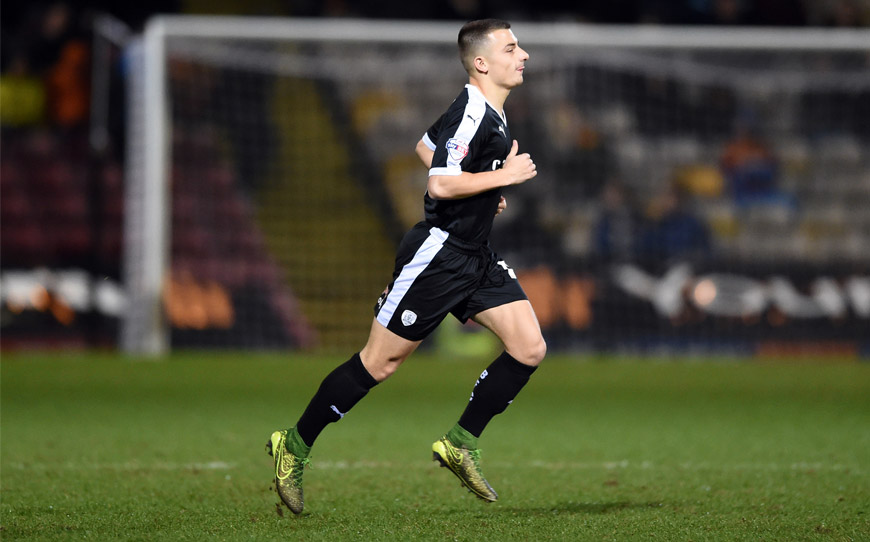 Winger Otis Khan, the star of last weekend’s Ninja Warrior show on ITV has joined Barnsley after being released by Sheffield United.

The right-sided, attacking midfielder has been on trial with the Tykes after being told that he could leave Bramall Lane. The 20-year-old came through the Blades apprenticeship programme and signed his first professional contract in 2014.

Khan made two appearances for the Blades, both while he was an apprentice and Barnsley boss Lee Johnson offered him a deal after he spent last week with the club.

“Otis did really well in his trial arranged by our recruitment team and we’re pleased he’s joined us,” Johnson said. “He excelled at Conference level recently with Barrow and this is a great opportunity for him to kick-start his career.”

Khan has been handed the number 19 shirt and made his debut on Tuesday evening as a late substitute in Barnsley’s victory at Bradford.

“I’m really happy to sign,” Khan said. “It’s a really young squad and I’m happy to have the chance. I’m over the moon to be here. I’d say I’m an attacking midfielder who likes to create and score goals. I want to create opportunities for players and myself.”